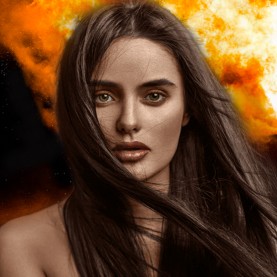 Soul-bound to a man she cannot trust and hunted by darkness, nineteen-year-old Helena Hawthorn is learning what the world behind the veil of normality is really like. Desperate to know the fate of her father, Helena ventures into the Angel Realm but never expects that her curiosity would put everyone she loves in danger. An unseen darkness now hunts her, threatening to devour her soul. Believing he might save her, Helena binds her soul to a mysterious vampire called Lucious only to find that he is being hunted by the deadly Vampire Council. With their lives tied together and emotions stripping their barriers, the Council is coming for her too, the darkness still looms in the shadows ... and her guardian angel is nowhere to be found. So, will she be able to fight the attraction between them and protect those she loves?

While I'm not a fan of vampire fiction, this drew me in! You built up the suspense and the action nicely by mixing up the internal dialogue with the conversation between the vampires. I like your description, both of her emotional state and the way the vampires looked. In particular: "Dark, greasy hair clung to his scalp in thinning streaks. A few strands separated at the front, curtaining his heavy-lidded eyes." I got a perfect image of his hair with this! "As a dull ache settled in her arms, she bit her lower lip to suppress her bitter tongue from bringing trouble." Simple words that brought her struggle to life.

I really liked this it grabbed my attention! Very interesting and thoughtful
Tweets by @thepenfactor