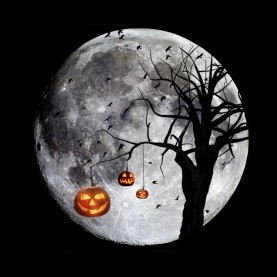 He was standing in the prison gym naked and dripping wet, waiting in line for towels. Rather than look at the man in front of him's ass, he looked up at the rafters. Movement caught his eye. A long, pink, scaly tail twirled in a spiral, helping it's owner to keep it's precarious footing on the dusty gas pipe.

The man's mouth fell open. The animal was the size of a wolverine. This was bigger than any wharf rat, it was a 'whole damn dock' rat! A shove to the shoulder snapped him back to what was going on.

"Next!" The surly officer snarled, throwing a towel in his face. Inmate number [email protected]#$%^&*() moved along, collecting pieces of a state uniform and a pair of boots. He was assigned to B-dorm, hearing some of the other guys calling it the 'Thunder-Dome'. When he asked why they just laughed and said, "You'll see."

They were right. It didn't take long to figure out. It was just like the movie, two men enter, one man leaves. His first day there two men were killed.

He didn't sleep the first couple of nights. The unfamiliar sounds of the concrete jungle assaulted his ears. He dozed in winks, ever alert.

He had dozed off. A noise awoke him. Out on the range, past his barred door, it sounded like, plastic sliding.

He slipped out of his bunk, careful not to awaken his bunk mate in the bottom rack. A honey bun wrapper was sliding down the concrete floor of the range, zigging and zagging. Puzzled, he stuck his bare foot out between the bars to stop the wrapper.

It promptly bit him, slicing a huge gash in the side of his foot. He almost screamed, jerking his wounded foot back inside his cell. Blood splashed the floor and bars. The rat stood up in all it's fierce glory, shedding the wrapper.

He kicked at it when it jumped for his foot again, chittering viciously. Luckily the sharp teeth missed, but close enough to drag it's whiskers across his ankle before scampering off.

He limped to the crapper, carefully climbed up on it, and ran cold water over his injured foot.

"Feeding the rats?" His bunk mate inquired,rolling over to face him.

Bunkmate yawned and blinked. "The damn things come around here all the time, best just to let them alone!" Bunkmate's eyes rolled. "They get pretty aggressive when you piss them off!"


"Well why the hell didn't you tell me?" Injured inmate asked his drowsy bunkmate.

Bunkmate pulled the thin cover up over his head and rolled back over. "You didn't ask. Just keep your food up, and your bare skin covered when you sleep. That way they're not tempted to eat you." With that, he began to snore, cutting off further inquiries.

Injured inmate washed his wound with the smelly blue bar of state soap. When the bleeding slowed down enough, he welded the gash shut with toothpaste. He tore up a pair of boxers, not knowing how hard it was to come by moderately clean ones, and made a bandage to wrap his throbbing foot.

Spying a tiny bottle of Listerine in his bunkmate's open locker, he made a mental note to 'borrow' some the next day. He gingerly limped to the foot of the double bunks, and climbed up into his own. He curled into a tight ball and pulled the short, thin, knit blanket around himself.

True the wind whistled through it...but it was the only protection he had handy against the gray furred marauders.Every time his eyelids closed, Rat-o-saurus kicked the honey bun wrapper to let him know he was there, and waiting. Rat-o-saurus was vigilant and Injured inmate gained only snatches of much needed sleep.

The next day, a medicine cup full of Listerine cost him five honey buns, or in his case, promises of honey buns when he went to store, hopefully in the next couple of weeks. A shank cost him another ten honey buns, more promises, roughly equivalent to ten US dollars. For five more honey bun promises, his bunkmate swore to guard him as he slept.

The next night, foot disinfected and wrapped in clean, Listerine soaked bandages, he prepared to go to sleep. His bunkmate took the shank, and sat on the steel crapper. "Sleep!" Bunkmate told him, "I'll keep the furry devils off you,"

Injured inmate pulled the towel sized blanket over him as best he could, stretched out, and slept for the first time since arriving. He awoke to a sharp pain in his big toe and a peculiar jerking sensation. He looked down.

A big rat, not the one he had kicked, nor the gargantuan specimen he'd seen in the gym; had his toe in it's mouth and was trying it's best to pull him out of the bunk. A half dozen of it's buddies stood outside the barred cell door watching. Bunkmate was snoring on the crapper, the now useless shank in hand.

Injured inmate let out a shriek that would make an old woman in the process of being raped, proud. Unfortunately it blended in with all the other ones floating around the state prison!

A light flashed down the range. The duty officer was making his two a.m. count. He was saved! The rat and his buddies started to scamper away, but the big one stopped. He turned back, stood, and pointed one claw in injured inmate's direction. Injured inmate's blood froze in his veins.

The rat's look, illuminated in the guard's light, said it all. Those malevolent beads radiated violence and the unspoken threat of, "I'll be back!" As the guard got closer, Rat-o-saurus retreated into the shadows.

When Rat-o-saurus came back an hour later, injured inmate was fast asleep. Even the cold steel shank lying beneath him didn't keep him awake. Neither did bunkmate's snores, probably because he was tied naked, smeared with honey bun icing, to the cell door with the rest of the boxer strips. There was even enough for a gag.
Injured inmate made peace with the rats later, always sure to leave a honey bun outside his door before he went to bed.
Who knew rats had such a 'sweet tooth'?

I loved your story very descriptive

The narrative is clean, compelling and minimalistic with details in the narrative that breed not only credibility but also trust in the verity of the narrator. Well done.