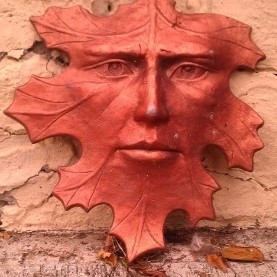 An abusive husband, a five year old daughter and a future as bleak as the night that consumed her, Chrissy Fenix flee’s the pursuit of a man hellbent on violence. Without the help of the authorities and her daughters life on the line, Chrissy reignites the fire of her youth and does the only thing she can to protect the one she loves.


The door slammed like a gunshot in the silent night but the darkness swallowed it whole without so much as a belch. As the little girl jumped in, Chrissy flew around the front of the car to get to the drivers seat, pummelling herself in through the luggage that had until now taken vacancy there.

The lights of the motel rooms stretched like fingers over the windshield as the small car spluttered and spat, trying to wake itself from a slumber of damaged fuel lines and leaking oil.

“Mummy, it’s him!” Fig screamed from the back seat, pointing into the darkness with a shaking hand.

Chrissy looked up at their pursuer hurtling his way out of the motel room they had called home for the last 48 hours, jumping over the bannister and sprinting with murder in his eyes. Please start, Chrissy prayed as she tried the ignition again, please dear, sweet Lord let the car start.

The man was a mere meters from the car now, bellowing something as he ran.

Fig, Chrissy’s five year old daughter, turned to look back at their attacker still running after them until the darkness swallowed him completely and they were again, for however briefly, safe.

“N-n-no James,” she stammered back, “the judge said I c-could call the p-police if you ever came here again.”

“Chris open the fucking door! She’s my kid too you sanctimonious bi-“ she cut off the intercom, breaking down.

It had been four months now and this was the first he had come since the hearing. It was always worse when he drank. That was always the way with him. It hadn’t always been like this of course, there was a time when she thought the world of him. Smarter than anyone she had ever met, far smarter than the men she used to work with in the laundromat, the ones that used to cop feels of her bottom as they passed behind her (that had stopped after James had spoken with them one day after work. Two of them had arrived the next day with black eyes and the other never even came back at all).

She used to think he was her Prince Charming, there to save her from the dragons of the world - and there were certainly enough of those - and there was a time when she really was his Princess.

But then the drinking started. The real drinking.

He always had a temper. In the beginning it came out most when he was defending her, the shining Prince come to the recuse… But there were other times too. She supposed, now, that those should have been the red flags every well adjusted spouse looks for in their partner. The time, for example, he had become sure that she was flirting with the be-speckled pizza delivery boy at the door. The fact that she had in fact said nothing and the boy had commented on her dressing gown didn’t matter. When James drank … well.

She used to be attracted to that fire that burnt inside him and in truth - though she would never say it out loud - it had turned her on, but that was many years ago, and that was before the beatings had started.

“Chris!” a bellow from downstairs, “Chris let me the fuck up!”

She retreated away from the intercom to the centre of the room, shaking worse than ever.

“Mummy?” Silhouetted in the doorway in her little nightgown and rubbing her eyes Fig looked up at her, fighting the glare of the only lamp in the small living room. “What’s happening, Mummy?”

The fear in her mothers voice was unmistakable, even to a girl of five, and the alarm in Fig’s reply was equally obvious, “Mummy - Mummy what’s wrong?”

“CHRIS YOU WHORE LET ME UP!”

Chrissy held Fig’s head to her shoulder as she fought through the sobs, “Nothing baby, nothing. Come now it’s bedtime.”

There was the distant slam of a window opening from some lower apartment. “Do you mind, mate?”

“See the funny thing,” the strangers voice returned, “is that you happen to be making it my business. It’s three o’clock in the bloody morning, so kindly take your shit elsewhere before I move your shit myself.”

Oh God, no, Chrissy thought, don’t go down there. Don’t go confront him mister, just go back inside and lock the door.

James laughed, a sound more frightening to her well trained ears than anything else she had heard tonight. It was a hollow, rattling sound. A seesaw creaking in an abandoned playground. Joyless. Morbid.

She wanted to tell the stranger to stop now, to back away before James could … Before James. But that familiar surreal feeling had overtaken her senses: her head light, feeling as though the air around her was simultaneously compressing her chest and expanding it, tearing her apart, while her mind floated high above her body, watching it all happen. Fig was suddenly weightless in her arms.

“The cops are on their way young man. I’d leave if I were you.” Chrissy sunk back into her body, recognising the voice of her kindly old neighbour, Miss. Chauffeur, from downstairs. “If I ever see you here again I’ll go down to the station myself. Chrissy’s a good girl, you leave her alone!” Chrissy’s heart swelled with gratitude towards Miss. Chauffeur. She had always been good to them, to Fig and her.

James didn’t reply. There was silence.

Chrissy became aware of Fig’s vice grip on her neck, “Come baby,” she said, carrying her on shaking legs of lead, “it’s okay, it was just some people fighting on the street, daddy won’t ever come back.”

Chrissy locked her little finger with Fig’s miniature one.


The next day Chrissy learned that Miss. Chaffeurs’s apartment had been broken into. Someone had beaten her so ferociously she was admitted to the E.R with a punctured lung, three broken ribs and a fractured skull.

She died the next day.

“… Miss Fenix. Building these kinds of cases takes time. The evidence we have so far just isn’t conclusive enough to make any kind of arrest. We still have officers sweeping the building for leads.”

The station bustled with activity, uniformed policemen and women in snappy black clothing moved around behind the counter (To Protect and Serve, it boasted proudly) carrying out there daily duties while Willie Nelson played on an old fm radio somewhere in the background. Like nothing had happened. Like a dangerous predator wasn’t on the hunt.

Chrissy tried to control the trembling of the coffee cup in her hands but as usual her body betrayed her.

The fat detective sat across from her looked at her sympathetically. “The most we can do is detain your hus - ex - husband,” he corrected himself, “for questioning.”

“Do that then,” Chrissy said at once.

“But even then,” the detective continued, leaning back and scratching at his balding head with a pencil, “without anything tying him to the scene of the crime we can only keep him for forty eight hours”.