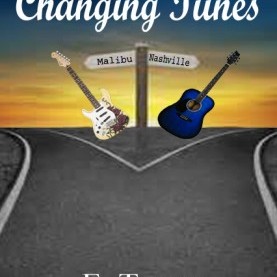 Jenny Daniels is living the rockstar life; money, freedom, sex, and rock & roll. But all that takes a turn when a personal tragedy sends her back home to Tennessee. Is she willing to change her whole life to be the person she now needs to be, and maybe even some permanent happiness?

Sitting in her dressing room, pop superstar Jenny Daniels could still hear the roar of the stadium crowd as she took off her makeup. It made her grin, knowing they were still chanting her name even as they started to leave the building. Jenny was at the top of her career; 4 studio albums—all selling into Diamond status—with a fifth one about to drop soon, 5 Grammys, and 4 MTV Music Awards, sold-out arena and stadium shows and an extremely loyal fan base.

Jenny loved every minute of it. Jenny was a rock star and she loved all that went with that designation…the only thing she didn’t do was drugs. Jenny’s only addiction was to the rush of being on stage and the roar of the crowd. She got plenty of that every night on tour.

As Jenny left the dressing room she was met by her best friend, Remy Lucas. Remy was only a few years older than Jenny but they’d been best friends ever since Jenny’s first tour when Remy had snuck backstage to meet the main act that Jenny was opening for and they’d bumped into each other instead. It had been like a lightning bolt striking the sand and forming a fast but true friendship.

When Jenny’s career took off, she brought Remy with her, putting the older girl on the payroll as her personal assistant but really that was just a title for the record company’s accountants. Remy went almost everywhere with Jenny and the one thing the older girl knew how to do better than anyone else was pick up groupies.

Remy was out and proud so when she wrangled two girls at a time, everyone thought they were for her and that she was just a player when in reality, one of those girls was usually hand picked by Remy for Jenny. Jenny’s image as a rock star had to be protected so the world at large knew nothing of her preference for the fairer sex.

So far, in the ten years that Remy and Jenny had been best friends, none of the girls that Remy brought back to Jenny had ever felt the need to run to a tabloid to tell all about her night with the rockstar. Jenny knew her luck couldn’t hold out forever but she loved pushing the envelope and bedding as many women as she could on each stop on her tour. Tonight, Remy was all smiles as she grabbed Jenny’s arm and began to lead her to the rear door where the car was waiting to take them back to the Jenny’s house in Malibu. Luckily, this was the last stop on the tour and it was a ‘hometown’ show so Jenny was done with hotels for the foreseeable future.

Remy Lucas just kept on grinning as she said in a low but playful voice, “I got you a surprise. It’s waiting in the car. Come on!” With that she started to speed up her walk but not enough to attract attention, just enough to move them a little faster towards the door.

As they reached the car, Jenny smiled at Graham Hunter, her personal driver for the last five years and also a fairly good friend. The man was the very essence of discreet and between him and Remy, there was a tell-all book just waiting to be written. Jenny knew, however, that neither of them would never write such a book. Remy had told her once, it was enough for her to know what she knew and have someone to talk to about it all, she didn’t need to tell Jenny’s secrets to the world. Graham’s reason for keeping quiet was similar to Remy’s but there was also a fair amount of a deeper emotion there for him. Jenny knew Graham thought he was in love with her but she also had been clear with him that she wasn’t interested in men at all.

“Hi Graham.” Jenny greeted him, tilting her head up slightly to look the taller man in the eyes. His eyes were actually Jenny’s favorite thing about him, physically speaking. They were a pale blue, almost like transparent, blue tinted glass, along with his midnight black hair and olive complexion, he was undeniably handsome and there were times when Jenny almost wished she could feel more for him than a sisterly affection.

Graham smiled, his almost unnaturally white teeth contrasting with the tanned skin of his face and the neatly trimmed black beard on his face, as he replied “Miss Jenny. Your surprise is waiting in the back seat. Let me know if you have any objections.”

Jenny smiled, she knew what he meant by that, there was a button discreetly placed that Jenny could press to alert Graham if Remy’s latest ‘surprise’ wasn’t…appealing and he would pull over and politely but firmly advise the woman in question that her presence was no longer required or desired.

So far, she’d only had to use the button once when a woman had snuck into the car under the pretense of being picked by Remy only to find out that Remy didn’t know her. “Thanks, Graham. I think home is the best bet tonight, okay?”

“Yes, ma’am.” Graham liked to play the proper employee when on duty because he knew it irritated her but that she would never call him on it.

Jenny smiled, liking their usual banter, and slipped into the backseat of the town car that had been customized to seat up to five people comfortably. Her eyes scanned the interior of the car and she kept her smile as her eyes landed on the two beautiful brunettes seated across from her, each holding a champagne flute and sporting flirty smiles. As Remy settled into the seat next to her Jenny turned to her and whispered, “Thanks Rem.”

The car door closed behind Remy and soon enough they were cruising though the streets of Los Angeles from the Staples Center that Jenny had just played to her modest beach house in Malibu. It was a long enough drive for her and Remy to decide which woman they wanted and to have a drink or two before they arrived at the house.

Jenny smiled to herself as she led the way up the staircase to her bedroom, the taller of the two brunettes following behind her. Tonight was going to be a good night.