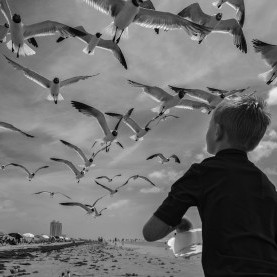 Archknight Online - the world's first VRMMORPG (Virtual Reality Massively Multiplayer Online Role Playing Game) that features both swords and guns. Atsuko, one of the many players, was clearing dungeon with her comrades, until she meets a figure who looked similar to the legend going around of a player who can defeat any player, even if the player used cheats and hacks. Atsuko's adventures begin now, and she will meet comrades throughout her journey.

~~
There is a saying that goes, "Heroes get remembered, but legends never die."

The year is 2777, the virtual reality games are booming.

A game called "Archknight Online" was released a year ago.

There is a legend amongst players that there lies a player that can move beyond what the game allows. In this game, players only use swords, or other bladed weapons like daggers and scythes. Rarely does regular firearms are found to be used.

"Oi Atsuko! Why are you standing around there for? Come on, we're near the boss!"

"Okay, okay, I'm coming, let me kill this thing first!" she says, shishkabob-ing a boar with a rapier.

The rest of the party is ahead, ready to enter the boss room. As Atsuko walks toward them, a ghost-like figure, wearing a black, ruined, trifold hat, a mask that only covers the mouth and part of the nose, a black, war-like tattered cloak that covered the rest of the person's body, black gloves that look like they've been worn down by ashes, and black boots that clearly look like they've been through a lot.

"Go with caution. If you don't be careful here, you'll die."

The person then dissipates into a cluster of green orbs.

"Well that was creepy."

They then enter the boss room and an icon in the top right of the HUD says, "cannot teleport out of here" and "cannot respawn here". The boss is a black werewolf, the fur doused in blood, and a great sword in each hand.

Surprisingly, the beast had taken out the party like flies, leaving only Atsuko there.

The beast was clearly extremely agile and tough for a tank, raid boss level.

To her astonishment, she cannot open the boss doors, finding that it's one of those "do or die trying" type of situations. The beast quickly closed upon her, but she dodged it in time.

The beast's weapons suddenly stuck to the ground by a scythe in the middle of a cross slash skill. The same player appeared, standing on top of the scythe, and quickly drew twin blades and ran up towards the beast, decapitating it.

"Where did you even come from?"

Many questions came from the other party members, but fell upon deaf ears, as the person did not show any sign of noticing the questions.

"What is your username?" Atsuko asks.

"Sorry to ask, but are you male or female?"

The player then reveals to have semi long, black hair, amethyst-like eyes, almost girlish in appearance.

"You probably are a girlish boy," one of the party members says.

"Whoa calm down! I take that back!"

The group then goes to a pretty ornate inn that doubles as a tavern with Faen.

"It is nice to see you again, mist- I mean Lord Faen. Seems you have company! Good hunting as usual, I presume?" the maid says.

"Put any costs on my tab. I have a pretty good haul I must say," Faen replies.

A dart flies right next to the player's face and lands a bullseye.

"You as too many questions about me,"

"Don't pry into my life, got it? Except you," Faen says, holding a glass as points at Atsuko.

The next day, Atsuko meets up with Faen, and another person with the same outfit as Faen wore yesterday appears, but has white hair and orange eyes.

This time, Faen wearing the same clothes without the cloak, showing that she is wearing

A few minutes pass and the trio are in the boss room.

"So? I must defend my waifu," Arvak replies, laughing.

"Protect my waifu!" Arvak yells, at this point laughing his arse off.

¨Honestly, do I have to make sure your rear is in gear?¨ Faen says, kicking Arvak into the path of the attack.

¨You don't need to tell me!¨ Arvak calls, quickly dodging away.

¨How long have you two been a team?¨ Atsuko asks while dodging fireballs.

The dragon boss’ talons nearly would’ve killed Atsuko, if Faen hadn’t fired a revolver round and hit slightly above where the talon meets the flesh.

¨No problem! Heal up quickly! Arvak, aggro the boss on you!¨ Faen replies, tossing a HP potion.

¨Got it!” Atsuko and Arvak say at the same time and follow orders.

Faen leaps back, sheathes his/her twin swords, grabs out a staff, to which is planted firmly like a sequoia tree, along with a crystal flask filled with a red liquid. Faen then makes a giant, complex magic circle, to which in the circle itself contains thirty differently colored liquids each positioned to connect like ten triangles.

“From the beginning until the end, may the flames burn, and leaveth nothing but ash upon thy death, the water encasing thy ashes and turned ice, the earth hiding t from the eyes of sir, the air hardening the earth, lightning forbidding all things living or dead… Pede terram pulso autem primaevis praecantatio!” Faen calls, hitting the magic circle with the palm of his/her hand.

Pillars of fire burst from the ground, burning the dragon boss from the inside out until the scales were gone, water encased the beast into an orb and turned to ice, earth then encasing the ice orb to which has holes of wind through the earth, and repeatedly hit by bolts of lightning. The entire elaborate sort of sphere bursts apart, and the materials quickly hardened and turned to shards, the shards flew right at the boss covered in flames once more, thus dealing a massive amount of damage.

“Keep attacking!” Faen yells, removing the staff and unsheathed the twin blades, leaping at the boss.

A few minutes later, the boss was defeated.

¨Haven't fought like that in ages,” Arvak says, with a satisfied look on his face as he wipes his forehead.

¨Seriously…?¨ Atsuko says, remembering that the battle in the caliginous, cyaneous tunnel, the earlier abattoir which turned it a rather cinnabar color, the enemies now having cenotaphs.

¨Then I shall be a blithe, callipygian caballero, mademoiselle.¨

¨Please don't. Anyways, there's one thing to do after a well fought battle.¨

¨What would that be?¨ Atsuko asks.

¨A toast to our victory and may luck be in our favor,¨ Faen says, tossing a resplendent mimosa that has pieces of edible mithril dancing about like snowflakes.

Night approaches and the three are around a fireplace, Faen, already asleep.

¨Hey Arvak, what do you think of Faen?¨ Atsuko asks.

Arvak looks at the sleeping Faen, a calm, happy emotion twinkled in his eyes, and made a gentle smile.

¨You already know how I joked about me being Faen's lover, right?¨

“Sometimes, I really wish it was true. She’s a wonderful person, you know.”

“Honestly, I don’t even know why she even hangs around with me. After all, she’s known as a sort of ‘solo player’. I even owe my life to her.”

“Yeah. She was there for me when I was going through some really tough times… planned on killing myself, too. When I was about to stab myself in real life, she just appeared out of nowhere and used her hand to stop it. The result was that I didn’t injure myself severely and she insisted that the wound she got was nothing. For Pete’s sake, it doesn’t sound convincing when she lost a lot of blood.”