Under The Willow Tree 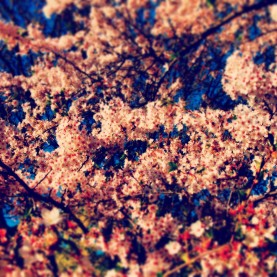 Under The Willow Tree

I can't say much without giving away to much

He sat alone, aged from many years of turmoil. His face showed his age most of all. The wrinkles so inset, they became canyons, the dogged tagged pages of books. He didn’t mind ageing, as long as he didn’t think about being alone. His tattoos were his most prized possessions. He had heard many people complain about tattoos, they all asked the same questions,
“Will you still love them when you’re older?”
The answer, of course, was yes. He loved every one of his tattoos that scrawled across his fragile body. His heart fluttered at the thought of the many people who inspired the pieces of art painted on his canvas. His aching body creaked as he settled into the place in where he sat. He sat in a park across from a murky green pond. The sight was not pretty, nor the smell pleasant. But, he liked to people watch, and this was the best place. He had whiteness, beauty, sorrow and the painfully bazar. He once saw a man propose to his girlfriend of eight years on the same swings they met as kids. The very next day, he watched as a very ill man in a hospital robe, walked his dead Guinea Pig on a leash around the pond. He was later detained, but not after a brawl that would lead to a hospital visit for a police officer. He spent 84 years at that park. He watched over children as they played too close to the water’s edge, for their mothers were to “busy” to notice their children wandering away from their sides. He saw the beginning of life and the end of it. Lives ended by the Weeping Willow that shaded him from the sun, how he wished he could have saved them. He looked out across the pond as a couple walked hand in hand. Maybe 20 at best. They rounded the bend and sat beside him. The man’s name was Nick, the women Kristina. Nick sat with his legs twitching, a Marlboro smooth teetering from his lips. It was quiet for a whisper of a moment. Then Kristina began to cry. She told him she was pregnant. Nick didn’t say a word, not even a smile as he stood and walked away, leaving Kristina to sit alone. It was quiet as she silently wept. He watched, wishing he could go to her. Console her; tell her the story about the twin Swans who used to fish in that pond. But he couldn’t move. For he was a fixed point in this world, forever tethered to the ground. He was nothing more than an old, warped park bench. His Tattoo’s, the many initials of lovers past, one including, Kristina and Nick. Kristina slowly began to wipe away her tears, looking at the ground, she noticed a small daisy growing around the benches leg. A small smile crept across her face.
“You’ve been here a long while haven’t you?” She patted the bench and picked the flower and set it upon his face. “You’ve seen enough.” She stood and dusted off her pants, walking off around the pond again. He sat alone once again. But, alone was relative. He was never really alone; he had Kristina and all the other people who visited him over the years. Someday, Kristina would bring her child to that park. And he will once again be in good company.