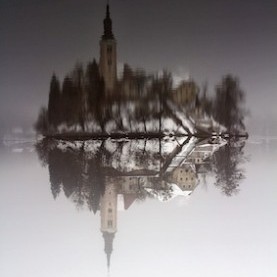 Chamber. An epiphany of sound that crackles with every constinent and murmurs with every vowel. Each sound an allegretto. Starting with the chatter of a “ch” and the swell of the sostenuto “amb” followed closely with the deafening crescendo of an “er”. I always wondered why they called it “Chamber Choir”. I understood when I realized we sang in a boxed up group of so strategically placed singers, we echoed throughout the distressing space of our own captivity. “Chamber” made it sound like we were prisoners. Prisoners to the mighty hand of the conductor, captivating an audience within our own captivity.


Germany has invaded Poland, results of the ongoing world war blared calamity outside, spreading chaos across the streets. The many horrid harmonies that did not in tune with one another ring in my ears, I almost want to cover them. I held a worried facade. The putrid smells of decay and sour breath tainted the smoke filled air.

My throat felt sore and irritated. My hands (covered in layers of filth and cracked all over. Dirt in my chipping fingernails) shook violently but remained resting on my lap, I couldn’t help but notice my now yellowed dress matted with dirt. The want to clean hit me like a rock to the shattered windows that had become an all too common decoration and musical trend amongst buildings.

I was overwhelmed with a terrible feeling of pity for the mothers of the Nazi soldiers. Mothers sinned with hellions as outcome of this war. By wounded heart, bleeding from loss. Scarred from what I had given up to the survival of the lives of what was left of my own blood. Throbbing from the thoughts that tingled and pestered in the back of my head. Ones of mothers and the war ending tomorrow. I couldn’t forgive myself for thinking of such foolish things when I should be asking myself of things like: What Alfons will eat tomorrow. Or where we will hide next to keep Nazis guessing.

“Rachela are you okay?” I could hear Alfons ask behind me. I nearly jumped out of my skin at the sound of his voice hacking away at the tracks of my train of thought. I could feel my own thoughts screeching to a hult. I turn towards him, having not realized he had left the basement. Strands of my copper corkscrew curls wash over my vision before I am able to fully see him. The white candle between us was lit, the small flame licked at the air above it as it brilliantly lit Alfons' blue-green eyes to the expulsion. They reminded me of sea foam. My amber eyes were no match. I knew that to be true, our mother said so herself before we lost her in Warsaw.

“I’m fine!” I finally snapped. However, my delayed response had had him suspecting it was a lie. That, at least, was true. It was in fact a lie. I was not fine, this war had shaken my very integrity. The good things it took and the bad things it gave. This war captivated us, forcing us to echo out our horror and pains throughout the distressing space of our own captivity. We were prisoners to the mighty hand of our conductor Nazis.

“Rachela?” Alfons’ voice was bruised from needless screaming. Even so, he asked, and I listen. I caught a slight hesitation in his words. He bowed his head, long greasy chestnut curls to spill over his brilliant eyes, hiding what I knew to be sorrow. I ushered him to continue, the fire softly mewling to keep the silence away. The wind howled.

“What do you think about… the war?” I was shocked to say the least at those words. I knew I needed to say something. The truth maybe? He needed my words whether or not they were comforting to his ears. I owed him this much for tormenting him with my silence since we were left with one another. I tried to think of anything else. His brown trousers that barely touched his ankles, tattered. His torn suspenders, wound tightly to his shoulders and yellowed button down.

I swallowed the lump in my throat. I knew what I had to tell him. So what I said, was foreign truth to my criminal tongue. “Well I don’t think much, you of all people should know that.” I chuckled, my shrill tone had him overlooking my humor.

I couldn’t stop the shaking breath that escaped passed my quivering lips, tears threatening to gather what was left amongst themselves and topple. It hurt me dearly knowing Alfons was so young, yet knew things most men wouldn’t have known in their lifetime. I had to say something quickly.

“I… think, we’re all doomed. This war shalln’t end with our lives still aflame.” I said.. but even with the truth being said, the crying whimpers were not those gained from a satisfied answer.
He wept. I felt a deep lament that made my heart sore. And so I continued. But I couldn’t tell if what I was saying was really the truth. I’ve grown so used to lying it has being almost too instantaneous for me to lie to my poor brother. The truth has become all too rare.

“You see, Alfons, people like us are scum to people like Hitler, and the Nazis. You must understand Alfons, there is nothing left to save us.” My voice cracked several times and I hate it. But I don’t think Alfons seemed to notice much, but I wouldn’t know for sure, because he said nothing after that. He only continued to grieve my words.

I witnessed how wide his eyes become in an instant when the all too familiar sound of big stopping boots could be heard just behind me. I said one thing and one thing only. I wished they hadn’t have been the words I’ve spoken before death would have been upon us, but I did.

“Run.” I whispered as the crumbling front steps cried out in warning. Alfons was quick to oblige to my order once the angry voices tongue deep in German accents shook his very existence. Springing up to his feet, Alfons was already running, ready to make it to the basement. But it was too late too late for me. The front door had open.

“Jude!” One of the soldiers growled as it held me by the back of my coat, treating me like I was a deer, shot down and killed by his hands and now his prize. I didn’t know German, but I soon learned the word for Jew. But I was not a Jew. That fact disgusted me, for I was a Gypsy and was not ashamed to correct him if I’d only known how.

There were two other soldiers, their hideous laughs forming a horrendous harmony. I struggled against the strong arms that bound me to the man's chest. I struggled, and I struggled, to my luck I wasn’t able to do much. “Let me go!” I demanded spitting on the Nazi’s faces before me, sneering. His devilish grin that seemed vanished and his dry pink and peeling lips thinned out into a single line and his eyes hardened.

My Polish was something he didn't understand, but he knew I was disrespecting a soldier and soon enough, I was on the ground. My cheek, stung red. He slapped me. I’d started off on my hands and knees, wide eyed and frowning. A pain hit me suddenly in my ribs, I collapsed onto my side yelping. I felt the instant bruising.

There were only three soldiers. One at the door, guarding. One who’s kicking me now against the dirty floorboards, the last was attempting to reason with the violent man. Like I said, I don’t speak German, but It couldn’t be too far from something like: “We have better things to do than waste our time on a single lowlife Jew.” Right when I thought they’d been words wasted in vain, and the room was becoming significantly darker. The kicking and shouting stopped. My breathing was unsteady.

Wet stains on my cheeks glistened in the candle's light. I was so close to the candle, I would feel it’s warmth stinging my tear pooled eyes. More German was exchanged. There was a click of metal. I was too weak to bother turning to see what it was. But the instant fire had been melodically echoed had I known what it was. A gun. My death distinguished exhale extinguished the small flame. It bellowed frantically, pleading with fury. But it was gone with only small reminders of it ever being there. That was how my life had ended. My life had fleeted away from me. I did not have a chance to mark my life in this war with a symphony of melodic suffering. But I know my brother had stayed quiet. And that was what kept him alive in the basement that night.

I felt as though your story was believable. All a story needs to be great is making the reader care about your characters and believe in your message. I feel you did these things.