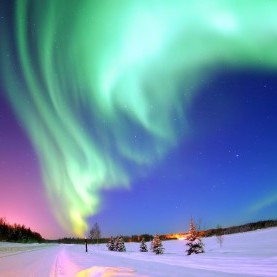 Annika is a freelance translator, processing her break-up from long-term boyfriend. She has recently moved to a soulless part of the city and she spends her days translating websites about pet accessories. She’s also struggling for money, so when she gets a call from a mysterious, heavily-accented stranger requesting a translator and offering to triple her normal rates, she takes it.

As every morning after waking up, I sipped hot green tea at my desk. My eyes struggled to focus on the laptop screen. The night before I had dreamt something that filled reality with doubts. I touched the wall to make sure it wouldn’t stick to my finger and stretch like chewing-gum. I had no idea what the dream meant, something about a dark jungle with translucent insects wider than my hands. I pinched my left arm hard, so my body would snap back in line. After blinking a couple of times, I clicked on the inbox. A job offer waited for me: how much to translate a website about pet products from English into French? Contemplating my next action, I debated whether to have:
a) Cereal
b) Toast with raspberry jam
c) Both
As I was about to reach a conclusion, the phone rang. I considered ignoring it, but the ring tone sounded especially insistent. I would have loved to say ‘moshi moshi’ into the receiver, but I stuck to a conventional ‘Hell-O!’ The call display showed a mobile number, which I didn’t recognize.
A man’s voice came through in choppy accented English.
‘Is this Annika Roy?’
‘Speaking!’ I replied with fake cheerfulness.
‘I found you in the Yellow Pages. I need a French interpreter. Would you be able to help me?’
‘Sure,’ I said, ‘would you mind telling me what the assignment is?’
‘I’ll be honest with you Miss Roy, I would prefer not to discuss this over the phone. But I can assure you that there won’t be anything complicated. However the matter is very urgent,’ he said. ‘You will be paid generously for your work.’
‘I see,’ I answered ‘I charge thirty-five pounds per hour, plus travelling time and…’
‘Let me repeat myself, money is absolutely not an issue here,’ he interrupted, ‘but time is of the essence.’
This sounded comical with his accent. I suppressed nervous laughter.
‘Where and when?’ I asked, all businesslike.
‘Do you know the Hotel Blue in the centre of town?’
‘Near Baldwin Bridge?’
‘Yes. I have a very important meeting and it would be extremely helpful if you could get there in one hour or earlier?’
Apart from the pet products enquiry received this morning, my order list was bleak. Still, I pretended to check my schedule, turning my empty diary pages very loudly.
‘Well, yes, that’s fine. I’ll have to rearrange things somewhat, but I can fit you in this morning.’
‘That is excellent Miss Roy, I’m looking forward to meeting you. Just wait for me in the lobby, if you don’t mind?’ he said.
‘Well, ok then… But could you give me your name?’
‘Of course, how silly of me to forget such important information! You’re speaking to Kenneth Tann.’ At the mention of his name, a painful icy twitch went through my right foot.
‘And one last thing,’ I carried on perplexed and staring at my foot, ‘who else will there be at this meeting?’
‘It will just be me and one of my …’ he hesitated. ‘And an old Laotian lady I’ve been doing … business with for a long time.’
‘OK, Mr Tann,’ I replied ‘I’ll see you at the Hotel Blue shortly.’
I kept the phone pressed to my ear, but I couldn’t say for sure if he had heard me as the line went dead all of a sudden. I listened for a couple of seconds to the malevolent vacuum coming from the other end and I put the phone back down with great care.

I should have felt pleased about getting some work. After all the last few weeks had been the quietest since I quit my office job to set out as a freelance translator three years previous. My regular customers had sent me just enough work to keep my head above water. I didn’t mind all the time off though, spent for the most part in my house reading, and not doing much according to a very strict schedule. I was hibernating. And now, two new clients materialized out of thin air.
In the turquoise bathroom, I stared at the mirror. Like an automaton, I went through the motions and applied an assortment of hydrating lotions. I looked sideways for wrinkles and I spotted tiny lines forming from the corners of my eyes. I shrugged and added a bit more cream. I didn’t bother with make-up, but as an afterthought, I ruffled my brown hair with its blonde tips just so.
To me ironing is the most tedious thing in the world, but like a brave little horse, I eliminated every single crease out of my smart white shirt. So, someone had replied to my advert in the Yellow Pages. Maybe I would find out why he had picked me, but I had the feeling I wouldn’t get the chance to ask this kind of question. And even though Kenneth Tann’s accent sounded delicious, I grabbed my mini pepper-spray can and tucked it inside the secret pocket of my brown cord jacket.

Despite the reported urgency of the matter, I hesitated about how to get to Hotel Blue. There wasn’t much petrol in my car, so all of a sudden I felt very citizen green and opted for public transport.
The phone played music in my ears and blast away the remaining cobwebs of sleep sticking to the inside of my skull and after about forty minutes in slow traffic, the bus made its way inside the grey city centre. As the song came to an end, the vehicle stopped. I turned off the music app, braced myself for anticlimax and returned to reality as if it were the easiest thing in the world.

The town centre was still busy with late commuters getting into work, and as I made my way to the hotel, I was reminded of that open-plan life I used to lead. Images of comfortable boredom behind sunny windows flashed behind my eyes and even though I sometimes missed a few of my ex-colleagues, I was glad I had given it all up in the end.

As I entered the hotel lobby, I scanned the room to see if there was any blue around and if my client was there, not that I knew what he looked like. The overall colour was red, so why it was called Hotel Blue beat me. I couldn’t see anybody waiting, but I felt that I needed to act with confidence, so I selected a plush burgundy sofa and sat. Maybe I should ask for a Mr Tann at the reception desk, but with perfect stealth, a charming East Asian man of indeterminate age appeared in front of me.
‘Annika Roy?’
‘Yes.’
‘Kenneth Tann,’ he replied offering me a smooth hand to shake. ‘Would you mind following me? My... colleague is waiting in her room.’
‘Are you absolutely positive this meeting has to take place in a hotel bedroom?’
Kenneth Tann raised his perfectly symmetrical eyebrows and cocked his shapely head for an instant. His face split open into a wide smile and he emitted a light laughter, like a burst of summer rain echoing on a tin roof.
‘I can see this might seem like an incongruous request. I would also prefer to have this meeting in a public space, such as here,’ he gestured towards the sofa. ‘But my associate is very peculiar and has insisted on talking in her own room. What can I say, she’s getting old and she’s very stubborn.’
I looked at his finely chiselled features that radiated business and joy and I quietly acquiesced. He headed towards the stairs and I scuttled behind him. While he wasn’t looking, I got the mini spray-can out of my jacket and hid it in my sleeve as best I could. He might be very charming, but I decided to remain on medium alert until I saw what was in the room. Deep cavernous tremors shook my empty stomach. I ignored them and concentrated on his visually pleasing appearance: a well fitting grey suit and shiny brown loafers; medium height with a nice proportioned body shape, small hips and wider shoulders; short black supple hair with no hint of grey. I still couldn’t say for sure how old he could be and although his overall appearance was youthful, there was something in his eyes that made me think he was older than his looks. Smirking, I realized that he looked like a handsome porn actor I had noticed before. Not that I was a porn specialist, but sometimes a girl has to take things in her own hands and I was fussy about what turned me on. As my thoughts meandered in this unwanted direction, he turned his head towards me. His features were arranged in a friendly smile, but I caught a cold reptilian glint in his eyes. I straightened my shoulders, thought of my last bank statement and disregarded the insidious wave of apprehension forming round about my belly button.

I was a little confused by this piece of writing. Firstly, because it isn't Literary Fiction; seems more like it's going to be a thriller. Secondly, because I wonder if English is not the writer's first language; there are some strange phrases, for example tackling the ironing 'like a brave little horse', or chiselled features radiating business. Thirdly, is the author a man writing as a woman? Because a woman wouldn't put 'an assortment of creams' on her face, or describe hair as 'blond highlights just so'. I think the story has potential and would like to find out what happens in that hotel room!

I very much liked the mystery of what Mr. Tann really wanted with Annika. Her nervousness (the pepper spray) and her attraction/repulsion drew me in. One minor detail--I didn't see a time for the meeting to which she was to be an hour early. All in all, I was intrigued and was disappointed when the section ended.

This chapter will definitely hook all of its readers, the ending is suspenseful and made me wonder what would happen next. My only critiques would be for the first part of the first sentence, it seemed a little clunky. And the sentence after she decided to take public transit, once again the first part of it. But overall the next part will no doubt be interesting.
Tweets by @thepenfactor