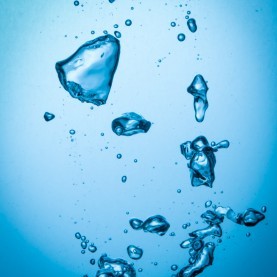 What can a woman do after she comes home from lunch with a friend to discover that her husband of 20 years has committed suicide? His last words to her as she left for lunch were, “I love you more.” The basis for the story is true--a slow progression from holding unbearable feelings within a ball of ice to a gradual thawing that allowed the pain to seep out. With the release of pain came an introduction to new emotions, some of them awkward. During that process the woman becomes a different version of herself, one who might never have been realized otherwise.