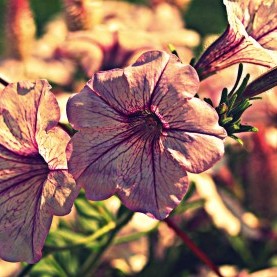 It's the story of a young adult trying to survive through her last year of high school as well as an abusive relationship. During the course of this she inadvertently meets James and befriends him, her newly founded friendship opens doors for her that she never knew existed.

I believe this story has promise, however, there are some issues. 'My thoughts were suddenly captivated by the overwhelming intrigue that usually clouded my abilities when something interests me.' This is an unnecessary and a bit of a wordy sentence. The first couple of sentences read quite well without it. 'Most of the names, I might add, not acceptable to be spoken in public.' Again the sentence needs trimming. You could just place a semi-colon after the last and shorten it to say ''...better left unspoken in public.' As the saying goes 'less is more'. It's alright, we are all guilty of it from time to time. I liked the story lines but I would have quite liked to have read more about the clearly sado-mosochistic relationship between the boys...it could be quite intriguing. The abuse and violence Bobby experiences is believable and quite well written. My best advice is for you to try and write the scenes again but with less words. Think carefully about what minimum words and sentences are needed to get your message across and just write them down. You can always add later. Choose one scene at a time and analyse each one as seperate entities. Perhaps you already know who the girl is, her name. Perhaps he has seen her around...it might help with the narrative. I think it is interesting that both the relationships described are abusive ones, he and his friend Zach, Bobby and her boyfriend. Is it too much - perhaps it would be better if Zach was a more sympathetic character rather than a bully. Try and think what you might make of an alternative scenario.

I enjoyed reading the beginning and the end of the story, but the piece in the middle seemed irrelevant. You need to check that the tenses are consistent. This has promise - I wonder where it will go!

A well written piece. I thought the division between narrative and prose was well balanced and the language was right for the age of the people in the story. I got a little lost in the middle because the action seemed to go away from the girl. Have you thought about putting the centre piece, which is good because it gives us an insight into the character of two of the people, first and then carrying on with the girls predicament? Well done. I enjoyed it very much.
Tweets by @thepenfactor