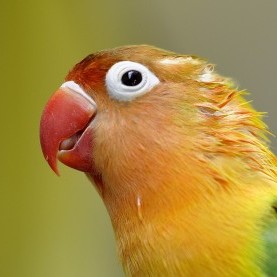 Meg is a divorcee who decides to follow the computer dating route. This is a raunchy story of her various adventures - who will she chose? This first chapter just sets the scene and is a quiet opening before the excitement to follow.

~~Chapter 1
Meg Middleton dragged her weary body over the threshold of her welcoming home. Dumping two overflowing carrier-bags of groceries in the hallway, she pushed the old, oak door shut with her bottom. Leaning against it, she closed her eyes and waited in the silence for her usual greeting.
“Hello, where’ve you been?”
“Hi Colin, how are you?”
“Wanna biscuit.”
“At least let me get my boots off before you start.”
“Wanna cup o’ tea.”
“Shut up or it’ll be an early bedtime for you.”
“Time for bed, time for bed – goodnight darlin’, love you too.”
Meg laughed softly, opened the cookie jar, and broke off a piece of digestive biscuit. She went over to Colin’s cage, and gave him his reward for being left alone all day. He spluttered crumbs all over her saying,
“Yum yum.”
Gently she stroked his feet as he hung upside down from the roof bars, his head cocked quizzically to one side.
“ Have you been a good boy today, Colin?”
“Colin’s a good boy. Cup of tea. Cup of tea.”
“Later my lovely bird.”
“Lovely bird. Lovely bird.”
“Right now I need a hot bath and some supper.”
Colin, the blue-crowned Conure carried on talking to himself as Meg unpacked her shopping and popped her supper in the oven. She climbed the narrow staircase, knowing exactly where to tread to avoid the worn dips. She stepped into her bedroom, discarding outer clothing as she went. When it was all safely draped over chair-backs and the bedhead, she went to select her favourite music. It was a routine that never failed to soothe away the troubles of the day; a long soak in a bath-full of bubbles with well-known tunes to keep her company.

The mound of soft towels on the bathroom floor gradually soaked up the steam as Meg lay up to her neck in hot suds. The melodious sounds of the Beatles drifted through from the ancient cassette recorder in her bedroom, easing her mind as the water massaged away her aches and pains.
With the story of ‘Eleanor Rigby’ invading her senses, Meg smoothed back her wet chestnut brown hair – now several shades darker – and ran her warm hands over her face. Her cheeks were rosy pink with the heat – accentuating her flawless complexion – something she had achieved with generous moisturising and a minimalist approach to make-up.
Her mother had loved the Beatles and the Hollies – and, in her more raunchy moments, 10cc, so Meg grew up listening to them and loving them just as much. ‘Eleanor Rigby’ was her favourite and always evoked memories of her mum who had entertained her endlessly with stories about her impetuous youth.
Apart from one disastrous experience with marriage, Meg’s life had been calmly centred around her mother – just the two of them – well, three if you counted Colin. He had been inherited from an old aunt and in turn, when Meg’s mother had died, Meg became the custodian of the chatty little green fellow with the blue head.
As the bath water started to cool, Meg raised one leg and examined the burgeoning bruises on her knee and shin. It was a shapely limb – one of a pair – that was seldom on display. Her job at the local garden centre called for jeans and sweaters every day, and these, to a certain extent, had protected her arms and legs earlier, when she fell over a very large flowerpot. Somewhere in the depths of her wardrobe scrunched on the floor under a pile of shoes, there was probably a skirt or two, maybe even a dress. She couldn’t remember for sure, because she seldom went anywhere posh to dress up, and even if she was lucky enough to be asked, she didn’t fancy displaying her bumps and bruises to complete strangers.

‘Eleanor Rigby’ drifted into ‘Hard Day’s Night’ and Meg frowned. Had she been a little foolhardy to agree to her boss, Bert Edgerton’s suggestion? She loved her work, but would she be able to cope with managing the garden centre and giving instructions to the friends she worked with? And why did she feel so shitty today?
Meg caught her breath as she remembered the date. It would have been her tenth wedding anniversary – if things had been different. She shuddered. Her husband, Brandon, had been an insanely jealous man who found it easier to use his fists before engaging his brain.
Thank god I listened to Mum’s advice, even though it came a little late. Oh Mum, how I wish you were still here. To laugh with. To cry with. And to give me tea and crumpets.
Memories and tepid bath water spurred Meg into action. The left -over casserole would be warm enough to eat, so she wrapped herself in her favourite blue bathrobe and trotted downstairs to the kitchen. Thoughts of her past had diminished her hunger pangs, and her one-pot dinner tasted of warm, spicy cardboard. She tossed it in the rubbish bin, and retrieving a half-full bottle of Chardonnay from the fridge, placed it on the stairs while she went about her nightly routine.
Meg drifted around the cottage caressing precious mementoes. A photo of mother and daughter laughing in the sunshine, a cushion cover delicately worked in needlepoint by her mother, an early picture of those mop-head Beatles. After straightening chair covers and placing newspapers in the alcove, she finally looked around her home, grateful that her mother’s spirit was still with her. She retrieved Colin’s night cover from its hiding place under a settee cushion,
“Night night, love you, cup of tea.”
“Not tonight Colin. Quiet now, it’s bedtime.”
Her feathered companion sensed her change of mood and sat on his perch, surrounded by brightly coloured woollen plaits, his own security blanket,
“Ready for bed now” he squeaked as she plunged his spacious cage into darkness.
When Meg allowed her thoughts to drift back to her unhappy marriage, the sheer weight of them seemed to crush her heart. It was a small section of her life that, when remembered, began with joy and happiness but was swiftly followed by sorrow and pain, both physical and mental. She blamed herself because she didn’t read the warning signs. It took too many black eyes before she realised she had no intention of remaining ‘Punch Bag Meg’.
She left Brandon fuming with wounded pride, and retreated to the welcoming arms of her mother.. There were no recriminations, just sympathy, understanding and the space to lick her wounds and rebuild her self- esteem. Gradually, Meg learned to believe in herself once more. And then her adored mother died.
But what should she do now? It was barely a year since her mum was taken so abruptly from Meg’s life. As an only child she’d inherited the cottage and its contents, an ancient Mini car (affectionately named Minnie)- as well as Colin, of course.
Meg gave herself a mental kick in the rear.
You’ve got a lot to be thankful for girl, so stop feeling sorry for yourself.
She did have a great deal to be thankful for: wonderful home, transport- of sorts, a faithful companion who would never run out on her. And of course, a job she loved.
Her mother’s picturesque cottage, built several hundred years ago, still retained many original features. Hand-made mullion windows cast muted shadows over the interior. Low, oak beams crowded down on to a grey slate floor where countless feet had trod. A large inglenook fireplace with enough room to sit in and toast your knees, dominated the front room keeping the whole cottage warm in the winter. Meg had added a couple of electric heaters for convenience, not wanting to make too many changes. The sitting room was sympathetically furnished with pale cream easy chairs and brightly coloured rugs and cushions. Some people considered it a little old-fashioned – Meg ignored them. She loved the settle with its rickety legs that had stood by the fireplace for longer than she remembered, and the two over-stuffed armchairs that had seen better days, but were perfect for snuggling into with a good book and a glass of wine. Only the kitchen and bathroom showed signs of the twenty-first century.
Yes, a lot of people would envy me. At first glance, I’ve got it all.
Meg climbed the stairs with thoughts and memories – good and bad – whirling around in her head, with her liquid supper under one arm. She sat up in bed, her favourite book lying neglected in her lap, whilst she considered what direction her life should take.
If Meg could have foreseen her future she may not have been so complacent!

I have enjoyed reading your story. I liked the introduction of a parrot. At first I thought it was either a naughty child or a very disagreeable old man. The surprise was endearing. I liked your character and thought the writing was well constructed. Your grammar was excellent and the story carried me along, especially with references to the Beatles and 10CC. My era exactly. Very well done.

Great story, love your writing! I especially loved the intro with the conversation with Colin. It was a while before I realised he is a bird! Clever! I wonder if you could have done a little more 'show', not 'tell'? It got a bit weighty with explaining history and her past through the middle section. Your atmospheric descriptions are great - eg. the bathtub scene, the towels absorbing all the moisture, the description of the uneven steps that Meg knows so well (I can imagine these in an old house!). Overall your flow and structure is very nice. It is well paced. Could you reveal a little more about Meg? Apart from knowing in detail about her abusive marriage and her angelic mother, I feel like we don't know very much about Meg. She seems a sweet and kind person, judging by how she talks to Colin. I'd love to know more about her defining personality traits (and show, don't tell!). I really look forward to reading the next instalment! Can't wait to see what Meg has in store for her, sounds exciting!
Tweets by @thepenfactor