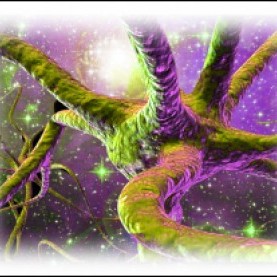 Something rather unexpected happens when a human brain is allowed to grow without restriction.

The growing brain caused electrical discharges in tin foil hats? C'mon. Beggars the imagination. You could find an explanation for it, or just lead you readers off the cliff of belief. The artificial reality is easier to accept. On the last para, the brain plays God? Okayeee...

This was extremely interesting! Great hook, great narrative, great voices. However, I didn't seem to understand the ending. Maybe make it a bit more clear. Good luck on your story!

Th opening immediately captured me with the casual sort of snarky tone. It felt like the opening of a new episode of a television show. The characters both felt real and original. Introducing Rabbit with hollowed eyes, stubble, and a tin foil hat really makes him standout. It also made his frantic and sporadic behavior that much more intriguing. I was a bit confused by the ending, though. Was it a dream? A project or maybe he was giving a presentation? Even so reading the story made me wish it could become some type of sci-fi series about people who accidentally grew an omnipotent, all-powerful brain that seems like it can’t be stopped. Jimmy also seemed like a rich, lively character. He is the type of character I wouldn't mind sticking with for a whole novel.
Tweets by @thepenfactor