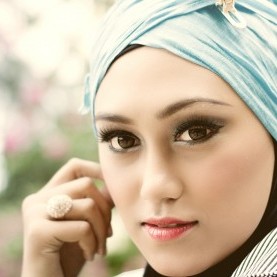 Surviving years of love and hardship, even cancer and death can't separate them.

Max and Sara
By
Kenn Brody

You say I don’t know what love is. True, enough, but at least I’ve seen it:

Max was a solid man with dark hair and a moustache. Typically, he wore a shirt with the sleeves rolled up, secured with an elastic band, and a vest. He owned a small neighborhood store and ran it himself. If the store was open, he was there, waiting on customers, stocking the shelves, doing the books. He hung up a sign and walked home for lunch. He closed one day a week for the Sabbath.

Sara was a blonde, blue-eyed butterball of a woman who had a collection of flower-print dresses and aprons, and nearly nothing else to wear. She loved Max with a cheerful ferocity. She darned his socks, made his favorite food three times a day, kept his house the way he liked it, and made a wonderful mother to his children. Everything she did was a devotion to her Max; her natural joy and accommodating nature were permanent traits. She had a will of iron that belied her marshmallow body, however, and there was never any question of her taking a back seat in family decisions.

Max never demonstrated much affection, but you could see it in his eyes. He ceased having a life separate from Sara the day he met her and never considered an alternative. In his stoic way, he provided for Sara as an expression of his love for her.

The depression came and the neighborhood suffered. Some days Max gave away more goods than he sold. He came home one night, discouraged, but said nothing. Sara needed no words. She rubbed his back, sat him in a chair and brought him his slippers. She sat beside him and held his hand. Finally, Max spoke.

“Sara, there isn’t enough money to pay the wholesaler. They say they’re coming to close us down.”

“Max,” Sara said, “You have always provided for us. These are hard times, but I know we will find a way.”

Max kept the store open until late at night, hoping people would spend their meager incomes with him after work. Sara brought him his lunch wrapped in newspaper, and trundled hot soup in a pot on cold days. They took the money for a new stove and gave it to the wholesaler to hold off foreclosure. When Max grew too exhausted to keep the books any more, Sara took on that responsibility. Out of the household expenses, she saved some money and hid it in a sock in a drawer of their tiny bedside table. On his birthday she bought him a Waltham pocket watch and a fob.

Toward closing time Max would carefully slide that watch from his vest pocket as if it were the most precious object in the world, open it, check the time and wind it. He never said anything, but you could see what that gift meant to him.

Twenty years went by, then thirty. The store prospered, and Max built a house for Sara, with a new kitchen and a new stove. Cautiously, they took out a new mortgage, and even had enough money to take a fine vacation and buy some jewelry for Sara. Max lost his hair, his moustache showed some gray, but he remained as solid and stoic as ever. Sara’s hair went white, but her blue eyes sparkled. They never went anywhere without each other. Sara still made Max’s potato pancakes the way he liked them, grating each potato on a hand grater even when arthritis pained her. Their children grew up, married and had children of their own. Sara neglected none of them. Max provided his gentle support.

A chain store moved in down the block. Max’s store no longer provided enough to pay the mortgage. Again, Max sat, frowning in a chair while Sara held his hand patiently.

“Sara, I don’t know what to do. The chain store takes all the business and now they are fighting to keep the city from renewing our business license. We don’t have enough money to pay the mortgage.”

“We’ll find a way, Max. You have always provided. There will be a way.”

Max found a new wholesaler with imported goods that undersold the chain, and brought in a few specialty items that the chain did not carry. Sara would push a shopping cart through the chain store, secretly recording prices in a little notebook. Max printed up handbills with the new merchandise and bribed the local kids to distribute them. The store once again provided, and life was good.

A doctor told Sara that she had cancer of the lungs. There was no cure. She did not tell Max; he would worry. In a few months she was obviously too ill to hide it.

The doctor, knowing there was nothing he could really do, nevertheless gave Sara a little hope with some breathing exercises. She did them, painfully, because she was convinced Max could not get along without her. Max sometimes watched, his eyes filled with tears, then turned away.

A few more weeks and Sara’s illness caused her to be hospitalized. She withered, her marshmallow body eaten by the cancer. At the end her blue eyes closed against the pain as the rabbi said final prayers. The rabbi asked, “Do you have anything to atone for? Perhaps a deed you regret?”

Her blue eyes traced the circle of her children and grandchildren and finally came to rest on Max. She looked in his eyes and said, “No. Nothing. I have no regrets.” As she closed her eyes her presence left the room.

Max sat still as a stone, his strong hands on her arm. Into the silence he whispered, “She was right, I can’t live without her.” Whereupon he put his head on her shoulder and never moved again.

I truly love the topic you chose. It is most definitely interesting. However, I feel that you could have played more into the audience's emotions when writing this theme of love. I also believe you should develop the narrator better, for example, who is the narrator? What is their purpose in the story? And remember to give the narrator a unique perspective on the story. Good luck!

I like how Sara and max work together as a team, it really showed how close they were and how when you’re in a relationship you do the little things to help each other. The detail about Sara acting as a spy for Max by secretly recording the prices while walking through the chain store brought a goofy smile to my face. Things like that as well as the details about how Sara made Max’s favorite potato pancakes make the relationship seem so real and palpable, and personal. The whole time I felt like I was reading about a real couple. You’re descriptions painted a vivid picture in my mind. I felt like I was actually watching Max’s stoic features and Sara’s butterball frame as she floated about in her collection of various flower print dresses. Overall, I thoroughly enjoyed this brief glimpse at what true love can be. It’s funny that we usually don’t realize we want something until we’ve witnessed how great something can be firsthand. This story had me wishing I could be lucky enough to experience a connection with someone the way Max and Sara did with each other. This was a really sweet story. it makes me wish i could learn more about their life together.

Hi Ken, This is a devotional tale, or perhaps an epitaph for two souls perfectly aligned. The unknown narrator takes us through (speculates) the basis of their relationship, adverse times they encounter, their survival and coincidal death. The characters, Max and Sara approach archetypal. Max is the good, strong husband provider, and Sara is the devoted, comforting wife. The only conflicts they face are external i.e. the store's viability as a source of income, but there is no internal dissention. Sara leaves the business up to Max and offers no suggestions to help, as that is not her province, but she does offer hope and support. They fit the concept of a perfect couple, each compensating for the other, of a certain time or generation. I found it strange that Sara secreted enough money from `household' expenses to buy Max a watch, considering the hard times they were experiencing and Sara doing the books. A few edit points: `Finally, Max spoke.' - seems unnecessary `finally' appears as an attempt to instigate drama by the author. And he addresses Sara by name so no need to signify him as the speaker. The same applies to her response - is there a need for `Sara said'? `Cautiously,' - you use this adverb twice. Suggestion is try to steer clear of them. Accentuates presence of author, adds little meaning in most cases. Some parts I found a rather pat rendering of events e.g. the children - the couples relationship with children (a large part of their lives I imagine seemed too brief) What about the birth of first child? A real life expression of their love. I know it is a short story and you must remain focussed and selective, but perhaps this could be worked in. As I said before, this is a tale of, not just love, but perfect love. It contains all the principles of a seamless union between two people, who essentially become one. And that is so rare that when it is portrayed we cannot nowadays but be cynical. Where is the conflict, the independent spirits etc? Because of the use of archetypes it comes close to being mythical. Because of this it stands out among other stories. The ending was excellently and sublty done. You write well and your sentence structure, grammar, pacing, dialogue, word choice etc were all good. Please take my comments as observations and suggestions, or leave them as you will. You know best what you were trying to achieve with your story. All the best and good luck with your writing.
Tweets by @thepenfactor