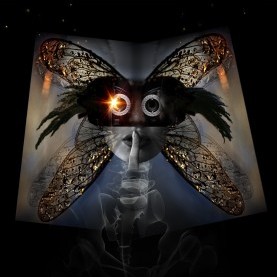 Leo's in love. At least, he thinks he is. It's complicated. But of course, that's what happens when you fall for Ruby La Rouge and you have to remind yourself that who she really is, is actually just your spray tanned, lipped glossed, expertly tucked best friend Danny dressed in fishnet stockings and Fuck Me Boots. In Belfast, 18 years old and desperately unemployed, life offers Leo little other than the promise of a few moments alone with his undeclared love, even if it is in the corner of a dingy bar slamming tequila shots and even if that same undeclared love doesn't know the truth about why Leo's such a good friend. He's always been discreet, always done enough to convince everyone he's "normal", but on this one day all of his dirty secrets and desires seem destined to reveal themselves.

So, Leopold, who henceforth will be referred to almost always and only as “Leo”, was this morning – a Friday around 9.30 AM, in the bathroom of the home he shared with his family in a soapy bath with his lad in his hand. Being of only 18 years of age and very much of red blood, Leo awoke most mornings like most healthy young males of his age with a quite stubborn erection. He had filled the tub and had settled himself in it, and had been in the process of closing his eyes and imagining the breasts of an enigmatic burlesque performer known as Ruby La Rouge. He was picturing them as best as he could recall, how milky white they were and how soft the skin looked and how you could see a blue vein at times on the left one, and as his imagination took hold casting increasingly clarity upon the image he touched himself up and down, faster and faster, like any warm blooded male his age naturally would.

Adjacently, in both time and place, Leo's elder brother Pearse was awakening in his bed, one he shared with his on-again-off-again girlfriend Chantelle who was herself an inhabitant of the diminutive city, her parent's house being situated only three streets over from the Donoghue's in fact. Pearse awoke to the sound of his shouting mother, her voice carrying from the kitchen to his bedroom conveying the news that his breakfast was prepared and awaiting his arrival. “Son, breakfast is on the table. If you're not down here in two minutes it's going in your father,” she called. So Pearse had awoken and nursing something of a mild hangover and very full bladder, he found himself at the door of the bathroom in an uncomfortable cross legged pose.

The door to the bathroom, the very same one in which Leo was at this point behind and indulging in arguably the most private of private acts was without a lock. It had been missing a lock ever since the Christmas Eve of 2005 when Mr Donoghue, having drank much too much Drambue stumbled at the top of the stairs and fell through the closed door and on to his wife's lap. She at that moment had been sitting on the toilet in a very private act of her own reading a not very well written novel she was intending to give as a present to her least favourite sister in law. The family had never since spoken of the incident.

Presently, Leo was approaching the crescendo of his labour. He could feel the familiar tightening in his lower abdomen and an almost encouraging surge of electricity at the tip of his now quite badly battered penis. It was now then, at this most inopportune and unsportsmanlike of moments that Pearse announced his presence at the door. “You gonna be long?” he said. Leo replied, understandably alarmed and with some annoyance, “I'll be as long as it takes.” “As long as what takes?” Pearse asked almost immediately but with such measured sardonic inquisitiveness that Leo was sure that his brother knew exactly what it was that he had been in the process accomplishing. “Well, I'm coming in,” he said and in he came, shoulder first and with three penguin waddled steps he was stood then shamelessly over the toilet bowl with his own penis gripped, in stark contrast to that of his younger brother's loosely in his left hand.

“Were you wanking in the bath?” he asked airily, peering backwards over his shoulder at Leo who was desperately gathering what suds and bubbles were left around him. “No,” he said. Pearse once finished sat on the edge of the tub and dipped his hands in the bath water before drying them on the towel Leo had been intending to use when his bath was through. “You know Friday's mum's bath day don't you?” Pearse said, tutting with disapproval at his brothers squirming body. Despite Leo's plea's to the contrary Pearse left the bathroom muttering to himself aloud about what a disgraceful thing it was for someone to wank in the same bath their mother was planning to use.

Pearse had left the door open. Leo had to get out of the bathtub, his bits cupped in one hand and close it. Clambering back in to the tub and submerged once more in the water which was becoming colder now, he tried as best he could to pick up from where he had left off. It wasn't long until he was back to where he had been, and when it came, that surge again, that tingling and unmistakable rising of blood - that feeling that it was all undeniably just sitting there, right and ready and waiting for the final lashings of his hand so that it'd come squirting out of him, he eased off with practised restraint. He was suddenly very aware of the sounds he was making, the rapid splashing of the water, the thuppity-thuppity-thuppity sound like the pounding of a fillet of meat, so he reached a foot up and turned the hot water tap clockwise a half circle. Almost immediately his mother's voice from the kitchen came, “Jesus Christ, turn that water off up there, I'm washing dishes here for the love of God.” The bath water was almost uncomfortably too cool now for comfort and with the hot tap turned off again, there being not enough water pressure designated to the Donoghue house for two hot water taps to run concurrently with one another, Leo felt the first utterings of the demise of his erection. His penis, which originally upon waking had been so seemingly adverse to the idea of subsiding independently was now perversely close to waving the white flag of defeat on what had become an altogether rather trying exercise. He hopped from the water and sat, as Pearse had done moments before on the edge of the tub. He reached his right hand over and pushed it against the already closed door and with his left hand taking up the unfamiliar chore his right had more than mastered, he pulled at himself with a determination and swiftness that was entirely workman like in it's application. And then, when he thought he couldn't hold it any more, with the surge rising once again Leo really let himself have it until he could do nothing but stumble under buckling legs to the toilet bowl where it all come plummeting out of him in uneven and stringy spits and spots. Catching his reflection in the tiny square mirror above the sink he noticed his red chest and the rising of an empty feeling. He hopped into the bath again which was almost now unbearable to sit in and cleaned quickly. He brushed his teeth and in his room where it was cold, he dried himself on the towel avoiding as best he could the damp spot left by his brother's hands.

In the family kitchen, at the table sat Leo's father. He was in a stern mood. He was simultaneously making a meal of de-shelling a hard boiled egg whilst attempting as best he could to listen to a voice that was speaking on the radio. It was the voice of an enraged, old sounding gentleman who had phoned the radio station to announce his disgust at a presumably recently made decision by the Northern Irish Executive on some matter or another. Leo's father held a rather rigid and opposing view to the caller it seemed, “Fucking geriatric fuckin' prick,” he said.

Good tale. I was caught by the hook! although, I want more depth with the mystery woman rouge; how does he know her, why is he fantasizing about her? I would like to feel more of the character Leo's feelings, why and how does he feel this way? Why does he do it? All in all keep writing! You're gifted, no one can take this from you. -Tree S.

Great start! My only reservation is that there are too many technical mistakes, which would have put me off buying the book. The good news is that they are easy to fix if you can develop an eye for spotting them, in which case you would have a fab chapter on your hands. Best of luck!

I read your chapter with great enjoyment. It's not easy to write about 'bodily functions' but you have managed it in a very amusing way. The characters although from the same family are very diverse and amusing in their own way. As I was reading it I could hear your voice - with an irish accent - and it made it all the more enjoyable. Good writing. Great sense of humour. Well done.
Tweets by @thepenfactor