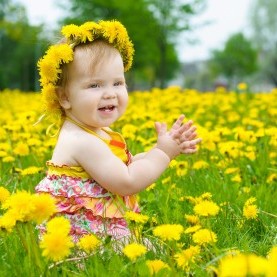 Story of an emotionally elusive man who finally grieves the loss of his parents and is set free to produce real art inspired through deep feelings. His alter ego is a ghost searching for his lost love and is own soul. Together, they go on a journey of adventures.

There’s one way in and one way out; you cross over through the red covered bridge and take the tunnel towards Echo Lake. It’s a secret trail forged by jade and forest green leaves on young birches bent to form a tunnel. Swords of sunlight stab the ground. If I don’t move fast, they’ll trap me.

Tendrils of creeping vines with thorns overrun a dozen or so crusty graves set in crooked rows. The headstones, pelted by two hundred years of rain and snow are hard to read. My father goes to each stone, closes his eyes, folds his hands, and moves his lips the same way he does at the Stations of the Cross. Some spirits like thorns to ward off bad souls.

“Daddy, when are we going to the lake?”

“It’s hot. It smells funny. Are we going yet?”
When Dad was eight years old, his father died of influenza. His mother dies nine months later of the same thing, putting him, three brothers and three sisters in an orphanage in 1934. It happened so fast; all he has to remember his parents are two black & white silhouettes shaped like hearts. Thirty years go by.

“We will, but there’s something I want to do first.”

My father gets paper from the back of our 1959 pineapple yellow Chevy to bring to the cemetery. The artist, all about technique, lays bright white art paper across the grey headstone and rubs it with charcoal to get an imprint.

“Dad, when are we gonna go? I’m so hot.”
Names, dates, and last words etched in stone appear on paper. He tries this for each stone, some too worn to work. Good prints get hairspray, thin cardboard for protection and put in a box. Ten years go by.

***
Dad and I go back to the cemetery. To see the sunrise over the lake, we leave while still dark. The red covered bridge balances mid-air in a cocoon woven from morning fog. Red paint seeps through the mist, a bloody cotton ball.

Driving through fog with headlights makes it hard to see so we flicker them off and on. Last time we were here, I imagined spirits dancing atop their graves gossiping, hating the ones who got flowers, some bickering about not having enough space or complaining that people walk all over them. Spirits hang out in the cocoon till it’s time to cross over.

We park in the lot; the cocoon of bridge fog pulsates as another car’s headlights flicker on and off. One spirit crosses over with each blink I think. We take the tunnel to the cemetery but there it’s an empty field. At the Forest Ranger’s office, we ask for directions to see if we forgot where it was.

“I’m looking for the cemetery and I could swear it was at the entrance to the hiking path,” Dad tells the forest ranger.
“Well, it’s been moved.”
“A whole graveyard, where?”
“To another location.”
“Just the headstones or the bodies too?”
“Nothing’s under there, been over two hundred years.”
“So, not one grave left?”
“Well, they all left,” says the ranger.
“That’s funny, and the headstones?”
“Don’t know for sure but ever since, peoples noticed strange things around here.”
”Like what?”
”Well, did you ever hear about the Ghost of Echo Lake?
“A ghost?”
“Yeah, this ghost, see, comes from the old cemetery every night; crosses over the covered bridge. He’s a rickety ‘ol skeleton with a powdered wig and one of them three-cornered hats from the Revolution. Wears a black tuxedo, long tails, a bit tattered and singed. Has a long ponytail, real skinny tied with red ribbon and three stiff curls rolled up each side of his head. Peoples say he’s searching for his lost love. They was getting’ married but on the day of the weddin’, she jumped... off the bridge. So he wails at Echo Lake looking for her, both eye sockets full moons that light the night. Leaves a flower for her on the bridge.”

“What a story... so, now that the cemetery’s gone, what strange things are you talking about?”

“Neighbors findin’ flowers in places nobody’s been. People say now he’s lookin’ for his very own soul. Ain’t got a nose so he can’t smell, but picks wildflowers and leaves ‘em wherever he goes so people know he was there. Before sunrise, he crosses back - over the covered bridge.”

The sides of Dad’s mouth curl down; his eyes leak. He covers his lips but tears betray him and roll over his fingers. He’s got their final words etched on paper - everything black and white. He flashes to his parents’ silhouettes - black & white, the dingy apartment where they all lived in Brooklyn - black & white, the six flights of dirty grey marble stairs like headstones, the bright white curtains his mother kept so clean, and the chocolate pudding with whipped cream. Tears erupt, an avalanche of them. Heaving to catch his breath, Dad grieves for his parents.

”I’m not sure. It smells different without those musty graves.”
I hug my Dad; I never saw him cry before. The sun hovers over us like an egg yolk, the sky purple blue. We walk into the field of flowers; crickets rub their tiny forewings chirping courtship songs. It does smell different. I pick daisies, her favorite, and a bunch of pink, yellow, and red flowers for Mom.

”How was Echo Lake?“

”Is there an echo in here?“
Dad laughs at his joke, blinks a few times and says, ”Well, I’ve got a story for you. Did you hear the one about the Ghost of Echo Lake looking for his soul?“

”No, a legend we heard from the Forest Ranger. This ghost comes out of a fog and walks into a bar. Asks the bartender; did you see a soul come in here?
Not a one, the bartender replies.
The ghost does a flip and floats feet first (pointed towards the ceiling) to check under tables and chairs. He flips head up to peek behind bottles—whiskey, wine, and gin; shrinks to go down sinks but generally avoids toilets. For the ceiling, he zips across like a comet; the tails of his tuxedo burn brilliant behind him. Finding nothing, he lands tiptoeing the wood floor, pulls a Scarlet Pimpernel from his lapel, raises it to the hole that once housed his nose, breathes (all orifices sucking though he can’t smell), lays the flower on a bar stool and poof gone.
***
The artist filled with colors up to the gills pulls out a canvas and paints without even sketching first. Was a wild scene; he just kept going in a dream-like state, dreamt about the Echo Lake Ghost on another adventure, this time at a movie theater. Ay, so many seats to look under. He makes rickety rattling noises; bones clank all over the place. Moviegoers say sh-hh, shhh, the shhushes rolling through the aisles in waves like fans cheer at a football game. Dreams like this go all summer. Sometimes the Ghost, named Rickety Splits (in a dream) just sits and watches movies, takes a dip in the lake, or drinks at the bar. The drinks go right through him (never could hold his liquor) but he delights listening to conversations.

Camping at Echo Lake, we saw him dancing on top of the lake under the moon doing a sort of heel toe thing with his pointy shoes. With the cemetery gone, he never rests anymore, just goes non-stop. Dad paints all this, some scenes rather disturbing really, as if Rickety took hold of my father’s left hand.

After awhile, my brother and I get in on the action and pick up our own brushes smearing the canvas with broad strokes, flinging paint to achieve a splatter look. We develop a flair for the wild putting ourselves full tilt into every work with force. Years later, we saw paintings like ours featured at the Metropolitan Museum of Art in New York. We kicked ourselves for not saving the ones we made. As for Rickety Splits, he almost caught his soul, but when he tried to grab it, it moved like his shadow just a mite bit ahead of him... so close but so many more adventures yet to come.

Truly amazing! Mt one and only criticism would be to make sure that every sentence makes sense to your reader. There were a few sections in which I was not exactly sure what was happening, but perhaps this mas intentional and part of the mysterious vibe you had going. Besides this, I found it a compelling original story with believable characters and an original writing style.
Tweets by @thepenfactor