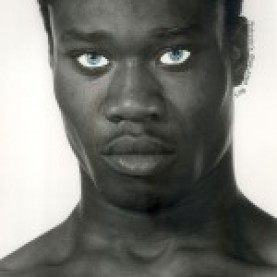 Luke, a small boy who was picked on and bullied all his life has been given an extraordinary new gift.

Luke sat in the doctors office, staring at the wall. He counted his heartbeats. One, two. One, two. One, two. It seemed normal. Like any other seventeen year old's heart. His wasn't normal though. A condition called Agitur Timide Disease. His heart was barely keeping him alive, and he knew it. He couldn't run. He couldn't move too quickly, for fear of his heart giving out. Other teenagers were quarterbacks, pitchers, and track runners. He was nothing. Not even a brain. Barely passing his algebra test, he made it to his junior year at his brutal high school. Bullies ruled the halls, and they always found there way to Luke. He wasn't beaten though. No one could lay a finger on him. Fights would increase his heart rate. He would drop dead to the floor. They knew this. Everyone in school knew this, yet none knew him. He had been there for three years, and he had no friends there. No one. Tears felt hot in his naturally hazel eyes. He blinked and they faded. The wooden door opened, and in stepped a man in a white coat. Dr. Travis.

" Hello, Luke."He said cheerfully. Luke smiled, even though he sulked inside.

" We ran some test on your blood, and I do have bad news."

Nothing is worse than this, Luke thought to himself.

" There seems to be no letting up. This tenuous illness seems to be implanted into your blood cells. I'm sorry, but I do not see an end on sight."

His heart rate jumped. He leaned over and grabbed his bony chest. The pain stopped as he wiped the tears from his eyes on his shirt sleeve.

" I told your mother already," the doctor stated." I'm so sorry, Luke. If there is anything I can do-"

" Save it!" Luke said louder than he intended." I don't want pity. I want to be okay like them! The other seventeen year olds! But instead I'm living this nightmare!" He walked out of the room, trying to contain his rage and hate. His mom was already in the car, sobbing as he sat himself in the passenger seat.

His mother stopped sobbing, then reluctantly cranked the engine and pulled out of the parking lot.

Many thoughts entered his head. What had he done to deserve this? What kind of kid has a disease where he can't be a kid? Luke was certain he hated his life.

When they pulled into the driveway of his home, Luke patiently watch as his mom unlocked the door, then he brushed by her and shuffled to his room quietly. As he lay in bed, he watches the tree outside his window sway with the wind of an upcoming storm. He stuck his headphones in and listened to the radio on his phone as he slowly drifted off into an exhausted sleep.

A song kept playing in his head. A female voice. One like no other. It wasn't loud and astounding in its sound, but it had an impact on him. He was in love with the sound. Whoever was singing must have been beautiful, he knew. He couldn't tell the lyrics. All he heard was the voice and the instruments. It sounded like pop, which was odd because he hated pop music. He felt its impact in his diseased heart. Nothing made him feel this way.

He awoke, swinging his upper body into the air slowly. He fumbled with his phone, trying to find a solution to the problem. Once he had clear vision of the screen, the problem was clear to him. Dead.

He was angry. Angry at the phone, the disease, his mom, Dr. Travis, and his life. He reached into his nightstand drawer and grabbed his necklace. A gift from his great grandfather, who died of Alzheimer's disease. The charm was a lightning bolt which was a rusty silver color. He told Luke it had powers, but the man was checked into mental health facility a week later. He put it around his neck, letting it hang to his chest.

He stood, noticing it was night time in the sleepy little town called Millowdale, just outside of Atlanta. He lived in this town his whole life, but rarely went out because of his condition. This night was different. He was going out.

Thunder struck, but he didn't jump. Lightning flashed across the dark sky, causing a streak of light to paint his face. He slipped on his jeans and a hoodie. Carefully, he made his way downstairs. His mother would never allow him to leave. The floor in the hallway creaked. It took an eternity, but he had made his way to the living room. On the leather couch, his sweet mother lay sleeping, peacefully snoring.

He smiled sincerely. She had always loved him and was sympathetic for her son. She wouldn't want him to leave. He shouldn't leave. But something compelled him to.

He slid into his sneakers then walked into the pouring rain.

The rain hurt. It was freezing, but Luke carried on. Persistent, he walked the sidewalk into the small town. No one was around, because no one was crazy enough to be out in such weather. He continued on to the town's center, which was a large stone statue of Jesus. He sat on the park bench a few feet in front of the object and stared.

" Why me?" He whispered so silent he couldn't hear himself. Thunder rolled. He raised his voice." Why me?!?" He practically yelled. His angered burned inside of him. His heart started beating his chest.

Now he was yelling at the top of his lungs. Lightning flashed, followed by more thunder. It was getting louder. " WHY AM I LIKE THIS?!?! DO YOU HATE ME SO MUCH THAT YOU WOULD FORSAKE ME WITH SUCH AN ILLNESS?!?!"

Lightning flashed. It was so close it was like a flashlight in his eyes." GIVE ME A REASON, GOD! IF YOU HAVE A PURPOSE FOR ME, LET ME REALIZE IT! OR YOU STRIKE ME DEAD WHERE I STAND! I KNOW YOU HEAR ME! I DEMAND YOU KILL ME NOW!"

A flash of light, followed by the loudest sound he had ever heard. His skin felt as if it was on fire. Something pierced his spine. Luke fell to his knees and tried to scream, only letting a hoarse yelp out. His skin was glowing a bright blue, as his lungs exploded inside of him. A burst sent him soaring through the air. His mind was shut down. The wind tossed his body across the town. The distance was extraordinary. He finally landed, into the highway that ran outside of town. He hit like a missile as his back smashed the hood of a truck, then he ricochet over the roof of the cab and onto the street. The incoming cars stopped immediately. Smoke started to rise from his body.

" Oh my god! An elderly woman said as she stepped out of her vehicle.

Sung Li sat on the cold hard floor, his eyes closed and his mind cleared. A mysterious force has him controlled. He never figured out what it was. A voice in his head, the force had told him to return to his home and wait. He had been sitting for five hours, with no sound from the force. No sound from him. Just an eerie silence that ate away at his soul. What was happening? He thought to himself. Am I going crazy? Who was speaking to me?

The voice rung in his head, sounding louder than before due to the silence.

"Where?" He spoke with his eyes closed.

He has been chosen.

Go. You will find him north of the town of Milldale. He will be afraid, but you must take him in. You must train him.

The saving of humanity.

Cathy sat on the steps of the stage and tapped her mic softly. She pressed her soft pink lips to the top, then started to let her voice out. She sang about being in love, breaking up, and never giving up on that perfect someone. She only believed in two out of three of those subjects, giving up on the perfect man to come and save her. Her superman.

" Rehearsal everyone!" The producer yelled." Cathy! Get started!"

She sighed, brushing her caramel brown hair out of her eyes. Then, solemnly she started walking up the stairs and took her place.


Luke was in a hospital bed, breathing steadily. His hair now white as snow. His heart was steady, but smoke was still rising from his skin. He was unconscious. But he heard everything in the room around him. He heard the conversation that was taking place in the hallway.