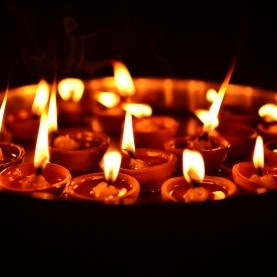 A demon, born with the possibility of becoming an angel, desperate to escape Hell, approaches a girl whose soul has been recently condemned and strikes a deal: if she helps him, he'll cancel her condemnation and help stop a much bigger threat--Armageddon. Together, they cross the country in an attempt to stop the breaking of the seven seals, enlisting help from angels, demons, and humans alike. This is the prologue. The title is only temporary, and it may change.

“We are living on the brink of the apocalypse, but the world is asleep."
--Joel C. Rosenberg

"But thou, O Daniel, shut up the words, and seal the book, even to the time of the end: many shall run to and fro, and knowledge shall be increased."
--Book of Daniel, 12:4

"The treachery of demons is nothing compared to the betrayal of an angel."
--Brenna Yovanoff, The Space Between

Seems promising. Give me a feeling that an epic akin to American Gods is about to unfold. Good job
Tweets by @thepenfactor