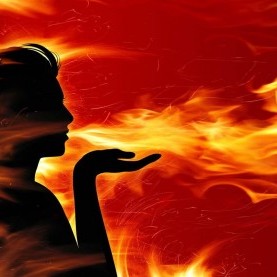 An interpretive piece about two moths tempting fate, leading to the inevitable as is so often the way with life.