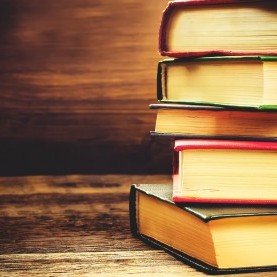 A man has never met silence.

Silence? No, no, I doubt very much that we've made an acquaintance. I think I would remember something that striking. Like a great, big, burning hot light, like a child watching their schoolhouse burn to the ground midst a tranquil January snow. Staring, wordless wonder. I think I would remember that. The closest I've ever came, I believe, was a night a few years back while I was suffering from an awful head cold. I lay on my bed, blankets strewn about me with no rhyme or reason, one blanket on top here but under me there, fussing with pillows, unable to sleep, but trying to. Unable to pretend that I fancy keeping my eyelids closed for any length of time. All the typical problems of insomniacs.
I fear I must confess, I am one of those accursed individuals whose sleep foolishly thrives on a little bit of commotion. Sleeping with the television on, or a bedroom fan. Wasteful, stupid habits of the underdeveloped North American peasantry. But it was the middle of winter, when everything, even your bed sheets, are so frigidly cold before your body has had a chance to heat them up, a fan is superfluous, and we didn't have television. It was dreadfully quiet, but not silence, no.
The consistency of chaos, the conspiracy, if you'll allow, of confused anarchy, of white noise, soothes me into a deep, profound slumber. But the systematic creaking of a house, the rumbling grumble of water pipes, the slow shifting of the earth and foundation far beneath, is often times much more cryptic and random; irritating. Like an unsolvable riddle. To the point where it becomes like a sharp pang in your chest, unavoidable and unsettlingly erratic.
Aside from these normal noises I, as I have already mentioned, was sick. My nostrils and throat were themselves talkative enough for nights of modest company. But then, as it seemed, my nostrils both, at once, miraculously cleared of mucus, and my environment lay unmovingly quiet and serene. My eyes forced shut for an ungodly still amount of time. Nothing shifted. Then I felt the presence of the one they call silence; true, sincere silence. It hovered over me. It attacked my corpse like an approaching vampire. One eyelid violently flickered open, and the contained pupil darted around in nervous jitters. I broke like a dam and started to scream. I yelled like a child whose favourite toy was intentionally destroyed. I yelled, out of hate, like a bigot. My vocal chords exercised more then they perhaps ever had. And then the shade was, meanwhile, gone; disappeared, like a thief in the night. The sound of my lungs hyperventilating kept the atmosphere utterly confused. As my heavy breathing died out I couldn't help but think that it was entirely a stale fragment of a passing dream. The forceful subconscious making its effect. Then I laid down again to sleep, eyes closed, blankets strewn. And my coughing subsided, and my head cleared, became light and free. I almost fell into a frenzied sleep. But I couldn't help but feel the force standing abstrusely, playfully, mocking, presiding over it's element. Standing steady, ready to strike, but making no move. Like a psycho sick with, some call blood lust, while others call...
And I yelled and I screamed and I bawled and I howled and I cried and I fussed until I slept. And then the sun came up, and cars roared mechanically, and society thrived. No, my friend, I don't think I've ever met silence.

Great story, very relatable, try to keep it all in the same tense or transition less abruptly from present to past to avoid confusing the average reader.