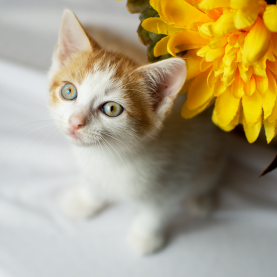 A tear rolled down his face as he held his wifes hand.He had just heard about the accident.Bella was driving to the doller store with kyle when a car crashed into them head on. Mason wiped his face and tried to hold back the tears,but he couldn't.The docter said that she would wake up in a couple of days, but she has some serious brian damage and memory lose.Kyle her ten year old son slowly walked the room.You could tell he has been crying because his face was red as a tomato and his eyes were all watery.Kyle sat next to his dad for hours until Mason finally said that they couldn't stay here all night and needed to get some rest.Kyle nodded in agreement. No one said a word on the way home. They were silent. When they did get home they both went to thier rooms.Even though they had a long day niether of them could sleep. Kyle was thinking about the car accident and how he was fine, but she wasn't. Mason was thinking about what the docter said.Days and days went by and finally Bella woke up with her husband by her side.Immediately she started asking questions, like "Who are you ?" and "What is going on?".The docter quickly came in when he heard the news . The docter talked to her in calm voice telling her to relax and that she's in the hospital. After a week in the hospital running tests and examing her brian the docter says that it is not perminate, but will need therepy and help from her family to regain her memory. Bella didn't have much family tho. Her parents died when she was a teenager and she was a only child, so the only ones really there for her was her husband and son.Every day they would come to Bella with photos and scrape books, but nothing seemed to be working. No progress was made in weeks until her husband started singing this song that they used to dance and sing to. After him singing the first line she joined in. It startled him so much he droped his phone. "Do you remember singing that ?" he asked."Yes I remember dancing to it with you!" she replided back. His eyes filled with joy as he started singing it with her again. I guess that singing wore her out because she fell asleep right before kyle got off of school. Mason called him and told him the good news about making some progress. The next day he deicided to bring in the wedding dress she got maried in to see if that would spark a memory. When he showed it to her it was not the wedding she remembered. She remembered howthe red stain got on it. She and her friends spelt red wine on it celebrating before the wedding and she didn't have time to trade it. With that she started to remember her best friends Alex and Nancy. Every day she would start to remember more and more about her past, but for some reason not alot about Mason. A month went by and the only thing she could remember about him was that song.Mason didn't give up tho he kept bringing photos, books,dresses he gave her, jewlery he gave her, and much more. Bella still could not remember the love that they shared. When he talked to her it was like talking to a stranger. It wasn't like that with kyle tho she remembers having him, his birthdays, and special moments they shared. It still wasn't the same. One night while kyle was asleep Mason went to the hospital. He looked at his wife as she sleeped the night away.Mason never loved anyone more than Bella other than kyle Bella was his whole life. They meet in college and fell in love. Bella and Mason has been married for twelve yearsof happyness, fun, and joy. Mason looked into Bellas beautiful eyes and thought i miss you so so much please remember. Then when she started to wake up because it was morning already. He leaned in and kissed her on the lips. Suddenly her eyes flew open and she said "I remember every thing the wedding, the day we met in college, your birthday it's all coming back to me! " One time in a long time Mason saw the same way she looked at him . Since that day they have been close than ever because they realize you do not know when your gonna run out of time so you need to make the most of the time that you do have and they know not to waste thier time.

I think your story had a lot of promise. I liked the plot and with a review of the grammar, I think this will be an even better story.
Tweets by @thepenfactor