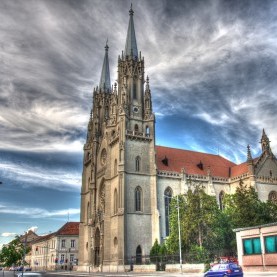 Lizzy Harden moves to Rivers, Georgia with her adoptive father in their new/might-be-haunted bed and breakfast. When Lizzy quickly becomes victim of bullying, her only chance is to get help from her long since dead ancestors who also happen to be witches.

The concept of this seems good, and the story I am sure has promise as a young girl sets out to find her real self, but the whole chapter is a little bit of a jumble. The backstory is jumbled, the dates and ages are confusing, the name changes and the overall "layout" of the flow needs a little more structure. Saying that, you have the basis of strong characterisation, a natural lightness to your writing and an underlying sense of humour that comes through well.
Tweets by @thepenfactor