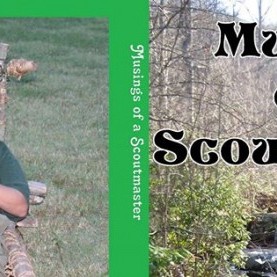 Stopping at a motorway services, the author and her dog found more than they bargained for.

We stopped at a motorway service station to fill up the car with petrol and have a cup of tea. More important than either of those however, was to give my dog a comfort break! He’d been cooped up in the back of our estate car for over two hours and he needed to come out to play!
While Julian queued for our refreshments, I clipped on Benji’s lead and set off into the wooded area behind the café. It was deserted. The trees provided a canopy making the whole area dark and gloomy, and the litter strewn across the paths just added to the feeling of desolation. Why don’t people use the bins provided for their empty bottles, cans and packets?
Benji started sniffing the ground, but I dragged him away because it was so dirty and I didn’t want my cutting his nose on broken glass! Swiftly, we crossed the space behind the service station, and emerged on the far side of the trees. Here, it was cleaner, fresher, and more open to the elements. Obviously, dog walkers rarely ventured this far away from their cars.
I knew my tea was waiting for me, but couldn’t resist the pull on the lead as Benji headed for a spot several yards further on. It was a hot day, and I really needed that drink, but on he pulled.
There was a pile of haphazardly stacked concrete blocks in front of us, and I leaned against them, extended the lead a little, and let my dog sniff all around. Suddenly, he let out a low growl. I watched the hairs along his back begin to bristle, and his tail dropped between his legs. He was frightened, that’s for sure. But of what?
Was it a snake? In which case I’d better run! Maybe he’d found a small furry animal to terrorise? In which case I’d better remove him. But first I needed to look for myself before deciding what to do next.
Shortening the lead, I pulled Benji towards me, and slowly crept towards the scene of his discomfort.
Between the concrete blocks, was an opening about four feet wide and three feet high, covered by a wooden pallet. Obviously, it was in this makeshift cave, that the problem was located. I peered in, cautiously. It was so dark I could see nothing. Benji began barking again, which did nothing to allay my worries.
I had two choices; forget all about this dog-scaring situation and return for my tea; or investigate further. Maybe Julian had bought me a chocolate brownie?
What would you have done?
As it happened, I didn’t have a choice because the ratchet on the extendable lead, broke, allowing Benji to go dashing into the cave. I daren’t let go of him – if he was to escape and head back to the motorway – it didn’t bear thinking about. So I followed my dog into the dark depths of a small tunnel; and like him, I had to crawl on all fours. When my eyes became accustomed to the light (or lack of it!), I thought I could see a mound of bedding. Maybe I’d come across a tramp’s hidey hole? Or a vagrant’s bed chamber? Either way, I didn’t really want to investigate further, and began to edge backwards out of this man-made cavern. It was then, that I hear a whimper. Was it a cat? Another dog? Or something bigger?
I was frightened, but the dog had quietened down a lot and was slowly nosing the bundle of rags. I got closer to see what he’d found, holding my nose against the smell of – goodness knows what.
The whimper became a human cry, and finally, I heard one word,
‘Mummy?’
I stayed motionless for a second or two, then reacted,
‘Don’t move’ I said, ‘I’m going for help.
Backing out of the tunnel, unable to stand I eventually made the daylight with knees shrieking in pain. I straightened up, brushed off some unimaginable filth from my jeans and took a very deep breath.
The dog and I ran as fast as our combined six legs would carry us. I garbled the story to my husband; suggested he call the emergency services, and ran back to the ‘cave’.
It took very little time for an ambulance to arrive; maybe they have them stationed all along the motorways in case of accidents? The Police arrived shortly afterwards.
I was sent back to the café where a cup of cold tea was awaiting me. Benji was put back in the car while we waited for more information. We’d been told not to leave without permission.
Over an hour later, a policewoman came to inform me that a child had been found under those concrete blocks. She appeared to be about three years old and was suffering from hypothermia and dehydration. They would now be searching for clues as to how the little girl had arrived at such a godforsaken place. Where were her parents?
I felt relieved that I’d been able to do something useful, and grateful to my dog for following his instinct. He would get an extra treat after his supper tonight. And I reckon I deserved that chocolate brownie too.
**************
It was several days later that we heard exactly what had happened to that little mite. There had been a serious accident on the motorway close to where we stopped for tea. Three days before I discovered the child, a lorry and a car had been in collision. The lorry driver was shocked but unhurt; the two adults in the car suffered serious injuries and were taken in to intensive care. Forty-eight hours later, the first words the woman uttered were “where is Betty?”
That little girl was Betty; she had been thrown clear of the car - and in a daze, had crawled between the concrete blocks to hide.
Thanks to Benji, the family has now been reunited.

Your story was very heart-warming.
Tweets by @thepenfactor