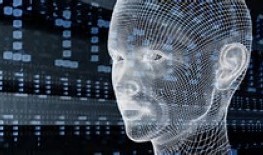 The first AI created outlive mankind and is forced to spend an eternity in isolation.

A short story
By
Chad Miller