<The Murder of Grace>First 1500 words 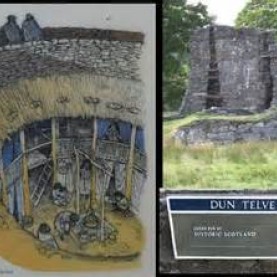 <The Murder of Grace>First 1500 words

The Murder of Grace is a novel about the involvement of seven children in an apartheid government plot to infect anti-apartheid activists with Bovine Brucellosis - a zoonotic disease that causes a chronic debilitating depression in people - and the eventual murder of the children to hide the involvement of the government from the public. The protagonist Anne escapes being murdered, having her place taken by Grace, the daughter of the antagonist in the story. The story follows Anne’s memories and feelings of conflict at having survived to become a veterinarian involved in the epidemiology of Bovine Brucellosis twenty years after the murders took place.

PROLOGUE
It began with a white house. Just a plain, old, white house. On the day I stood outside it, the day I saw Grace hanging there with the others, the day Uncle Rai said that he saw me walking out of the bushes, it didn’t seem white. I didn’t go into the house on that day, the way we had done for the past six months. I didn’t tell anybody about the seven of them freshly dead either. I went home. I got into bed, covered my head with the faded blue duvet and tried to forget. I was just a kid. I had no friends. My friends were dead. Nobody would have believed me anyway. Not then.
I heard Grace laughing the other night – I worked it out, it would be at least fifteen years after they died. I could see her running on the path through the bushes to the dugout, skipping into and out of the shadows, bouncing between the great broad bands of sunlight that seemed to know her, seemed to rebound her laughter, seemed to drink it in and return it to her. I could see her hair, golden and soft, careless and wild, yet undoubtedly tamed by some comb. Grace was loved. Her dad loved her, the people in our area loved her and even the children loved her. I can’t think of anybody who didn’t love Grace. She was so loved, that she had no need of people. Well, that’s what I think. I think that that is why she used to play in the bushes on her own. She was as much a part of that wilderness, as were the butterflies and the leaves and the flowers.
It’s been almost fifteen years. I thought it was over. I had forgotten. But I heard me crying from that distant land I had thought long past, passed away – dead, buried, entombed, enshrined... There was no one to hear me cry – they were all gone, all gone or all dead. I was alone, and there would be no one to hear me, so I could cry. I couldn’t then.
I was too young. Even if I wanted to, I wasn’t strong enough on my own to have done anything. At the time, it seemed like the most sensible thing to do was to go home and wait to grow up. There was just nothing else to do.

1 (2013)
Were you happy Grace? Would you have been? If you had lived. Would you have dreamed? Who would you have been?
When I was little, I lived in a brown house, with my brown dog and my brown mom and my brown dad. We were brown Indians, browner than most of the Indians that lived in Delia Place.
I don’t think my dad really wanted me. I think my mom wanted company because my dad was always at political meetings and she was afraid that one day the police would come and take him to prison – that prison that men like him don’t come back from – and she would be left alone. I think my mom feared being alone more than she feared the police.
I think when my dad saw that I was as dark as himself, he was disappointed. A fair child was the equivalent of beautiful. I was just a plain brown child. A stick figured, wild haired, brown girl child.
Life before the Milk Project was dysfunctional. I realize this now, when the sound of Grace’s laughter, from the empty spare room of my house, cracked open the Pandora box of memories from that time. There was not a day in my life when either mom or dad sat with me and helped me with my homework. I was left to the fairies of understanding and to the demons of wisdom. By the time I was eight I had discovered my dad’s sex books and my mother’s novels and was well aware of the preoccupations of adults. I had no friends in school. I was too educated to have friends. My peers were nervous around me, and they had every right to be, so they left me alone to stand by myself on the big park where we had our lunch breaks. I had nothing in common with the other girls. I had a mom who didn’t plait my hair and I had a dad who was somehow more important than the school headmaster.
I knew we were living in Apartheid. My dad lectured me on it, usually after supper. He believed in transformation. He believed in a country where whites and blacks had equal rights and were equally free. He was an activist and I was his daughter.
I used to kiss him on the mouth before I went to bed when I was younger. But that soon turned to kissing him on the cheek to not wanting to kiss him at all. He had beliefs. He believed in this country. He believed in the brain of the black man. He believed in the vision of the struggle. He believed in the fundamental goodness of humanity. He believed in bringing me up to be non-racist to black or white. He believed in freedom. He believed in people being the same. I wrote a poem once about God making people different. I showed it to my dad but for all his great beliefs, he did not believe in God and he did not believe in me.
So when I was chosen to take part in the Milk Project, I knew that his permission had nothing to do with me, but with his political mission and drive. We all knew of Dr Robert. He was the only white man that I had ever come across and I knew that he was special because he was fighting for the cause with the blacks and coloureds and Indians. He was living amongst us and teaching us and feeding the poor black people who lived in shacks down in the valley not far from where Delia Place ended, not far from the sewer lines that ran the length of the marsh at the edge of the suburb.
My dad had met him. Of course he had. My dad had met everyone who was someone in the freedom struggle. They were not friends though. They were comrades. My mother had made tea for them but her hands were trembling so much that I had to carry the tray. My mother had not served a white man before.
That’s when I first noticed how beautiful the white man’s skin was compared to my dad’s dark burnt skin. That’s when I first noticed how strong and thick his fingers were compared to my dad’s thin knobble knuckled fingers. That’s when I first noticed how the white man was not at all submissive or intimidated by my dad as were the other comrades of colour, but sat next to him as an equal man. The white man, a man of God and a scientist sat next to a man of no God and a lawyer in a brown house on the verge of a black pavement – an oblivious and ephemeral point in the story of South Africa.

2 (1989)
We gathered together, drawn by the childish need for warmth yet held apart by the invisible force of unfamiliarity. It was such a cold winter’s morning. At first nobody said anything. We just fiddled and attended to our bikes, finding trees to lean them against. I watched the boys, hands in pockets, noses to the sky, heads tilted, gathering their nerves into their young bodies. It was the first time I was alone with six boys. It was the first time I was in the presence of three black boys. The other three were Indian. I didn’t know what to do. So I bit my lip and just watched them for some sign.
Sure enough it came. One of them jumped up dramatically, from crouching down and dusting off the sand from his bike’s wheel spokes. A sudden burst of energy seemed to overtake him and he thrust out his hand to the stout black boy with the serious face.
“Hi, Brij is the name. How you doing?”
“Good thanks. I’m Simon.” The black boy mumbled shyly.
Brij shook his hand and grinned at him, his expression folding into a mischievous metamorphosis as he held onto the handshake a moment too long. When he finally let go, he turned into the rough circle that we had formed seeking out his next introduction. He decided on the tall lean black boy whose name turned out to be Wandille. Next was Momo, who was standing next to Wandile. As he made his rounds, it was as if some magic dust had settled on the boys he had touched and they began to introduce themselves to each other, jousting and joking and melting into friendship as if it were the most natural thing in the world. They were just boys, catching each other’s eyes and smiles.

Wow. Just wow. I myself have not always been a big fan of 'thrillers' or crime stories as I have the kind of brain that absorbs everything and for that reason, I have to keep what I'm taking in on a positive and enlightening side. But your story would honestly be an exception to my average interests. I went to an art school so I've also been trained to always find something to constructively criticize about other artist's (in this case writer's) work no matter how good it is because constructive criticism is what allows us to grow in our work and be the best we can be. But man, I'm having a hard time on this one. I loved how descriptive this was right off the bat. I was instantly taken to where this story took place in my mind. I could see every place, every character, every moment that unraveled vividly and no joke, it takes a damn good story for my mind to be taken into it. I.E. Harry Potter? I suppose if I had to give any critique it would be that I had to go back and reread certain parts to fully comprehend what was taking place between your characters and the periods of time you reflected upon. My initial belief was that you were responsible for the deaths of those seven children but after rereading the following paragraphs, I now think otherwise. But who knows! It's a suspense story and the point is to not know exactly who did what and why until you get to the end. This is definitely a story I'd read until the end to find out, that's for sure!
Tweets by @thepenfactor