Why the Sky isn't Blue 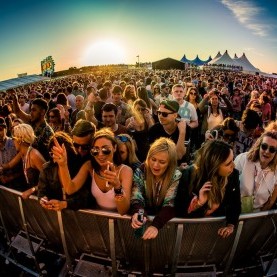 Why the Sky isn't Blue

This is a story about an issue that probably pertains to you, fellow writers. In fact, you are the main character.

The marketplace doesn’t have any vendors today. No booths selling fresh produce, no fine cloth dyed pretty colors, no artisan-crafted jewelry. The whole town is in the marketplace, except for the vendors and the pick-pocketers (both of which want your money). The whole town is there, and that means you are there. You are there, amidst the crowd that kicks up dirt from the bare street. Amidst the rich with their powdered faces and their starched clothes. And the poor, who haven’t enough to buy a bar of soap from the marketplace on any other day of the year.

Today, as you are fully aware, is the day when businesses shut down and schools are cancelled, all in the name of free speech. Because today, in the marketplace, you all have gathered in your marketplace, and the next town over in theirs. And all across the country, the people have gathered. To celebrate their fine democracy and freedom of speech. For today, from ten o’clock in the morning to two o’clock in the afternoon, everybody gets a voice.

In your town, there are about a thousand people, which makes for a lot of noise when the proceedings begin. The mayor is there, and the police chief, and all the important and unimportant people of the town, as equals. Today, in the marketplace, no one’s voice will ring out louder than anyone else’s. And that is the plan.

You are ready, with your stack of inky papers in hand, the papers that you spent a whole year drafting over and over again. And everyone around you has their own papers, gripped tightly in fists, for freedom.

As your watch clicks the seconds of 9:59 away through the silent morning air, your heart begins to beat faster and faster. You can feel it, beating against your chest, crying to break free. It has been a busy year for America, and you have so much to say. You can hardly stand it any longer. You can’t wait to speak out, to have a voice. In one short moment, you will become a vessel of Truth.

And then the clock tower chimes ten. Suddenly, the whole marketplace, and all the other marketplaces across the country, fill the silence with sound. People talking at last, after a long year of institutional reticence, the whole nation cries out at once.

And you, your voice is among the noise, echoing across the globe and out into space. The words you hand picked, precisely pruned and perfected. You are among the many, reverberating into the universe.

“NO!” you cry, your voice now joining the man’s above the crowd. You fling your papers into the air. The inky pages flutter to the ground and are consumed by the feet of the crowd. “NO! YOU’RE WRONG! THE SKY IS NOT BLUE! YOU’RE WRONG!” You have begun to shout, not exactly aware of the words you are shouting. But your anger fuels you on. Your face turns bright red and your ears turn hot as you shout and you scream in a desperate attempt to bring back order to the marketplace, to the universe.

“NO!” shouts the man, “THE SKY IS BLUE!” And a hush sweeps over the crowd for an instant, before an eruption of protest of the man. They, the entire town, has sided with you to stop this evil man.

“THE SKY IS NOT BLUE!” the town chants together, “THE SKY IS NOT BLUE!” Your heart rises in your chest and fills you with the energy of the sun. And still, the man is still shouting. And then, with the red of the sun inside your chest and on your back, a thought pops into your head. It is not a happy thought, nor a sad thought, but a thought of justice. A thought that will end this evil once and for all. With your lips wildly shouting and your fist pumping in the air, you make your way through the marketplace of shouters to “THE SKY IS BLUE!”

You can still hear his voice despite the screaming crowd, calling out, taunting you and everything that Freedom of Speech stands for. You now push through the crowd, towards the man. And then you are next to him. He doesn’t know it is you who was the first to defy him, and he keeps on shouting. The same four-letter verse as before.

Now the thought has taken full from and, with the power of the bright light of justice inside you, is ready to take back your sweet freedom of speech. Your hand forms a fist and raises into the air. You close your eyes and let the thought erupt.

In an instant, the man is on the ground. His shouting has stopped, but the words still stream through the universe. And so you are upon him, ripping at his face and his skin, tearing away at his soul.

And then you are pulled back from the man, and the crowd is upon him, purging the marketplace of the uncivilized nonsense.

The clock tower rings two o’clock, and all of a sudden, the marketplace goes still. The hysteria has stopped. And slowly, first in ones and twos and then all together, the townspeople dust themselves off and shuffle away.

And by 2:15, the marketplace is empty, except for you and the mess that once was the man. The excitement, the energy, is gone. It is just you and him in the dusty marketplace now, alone. You slowly walk over to him, the lifeless mass staining the marketplace sand red. His face is too badly mangled that you cannot tell who he is. There is only red where white flesh used to be.

You look down at your own hands. Red leaks from under your fingernails and drips down your arms.

You try to look away, to be somewhere else, to be someone else. But you can’t. The blood of this man, this human being, this father, this brother, is on your hands. You cannot look away. As you slowly sink to the ground, tears begin to flow from your face, falling like rain into the sand. When you finally peel your eyes away from the corpse in front of you, your eyes catch the bright glimpse of the summer sun as it watches you from the bluest sky you’ve ever seen.