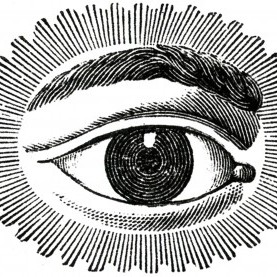 A young girl her whole life as battled with partial blindness, finally receiving a retinal and cornea donation there is something wrong. The world has new color and vibrancy, but when she closes her eyes there are still images that appear to her. The last moments of her donor, bringing a clear picture of how he died and some of what he lost. Inspired by the 1800s belief in Optograms.

It feels strange to see such tiny letters on a screen or the light as it paints the sky with so many blending hues. There are so many beautiful stories that sit before me to be told. The long falling spiral of a leaf, it dances around the edges of the grassy knoll. They touch if but for a moment, then the leaf as is already gone. Its dance seems endless in the wind, it reaches higher than anything in its soft world. I think in a way the wind and leaf aren’t separate but moving through one another. Eventually, as all things do it finds its way toward the ground. It is never the softest of the journey, it is not often that such grace does not end as smoothly, but this one sank and struck the last blade of grass with force. As if the wind left shrilly and without a moment notice to attempt recovery.

Beautiful stories come through these eyes, ones that I do not remember from before I had them. The stumbling in darkness, the wrath of an unseen wall or of a freshly closed door. The blurring blotches that were her forever and gone the next day. It is when I return to my darkness when I shut my eyes though it seems that the truth emerges to remind me.

That bright stage with the smallest shadows that move across it, my mind fills in the rest like a puzzle too easy to solve. The music booms through my chest and everyone is dancing. The crowd is swaying for little it all seems together despite every individual making their own unique movements. It is a sea of blue denim and a world of large hats, the lights flickered as the small figurines walked to the edges of the shelf and just then there was a loud aftershock.

At first, it seemed as if a speaker had blown but what followed was more sharp explosions in the air. The young man before me turned around to look for the source which quickly became known to behind and then he fell with the same uncertain quickness. His eyes stopped dead staring up at me like a dove between the nearest bleachers with more screaming people. I watched him lay, his gnarled body seemed to already be set so firmly where it was. There was no slowness, no leaking of life. I could see the blood whimpering out of his neck, his shirt looked like a wine cloth.

The metal of the bleachers was shaking and jarring knocking against my rib cage as I saw others find their retreat as well. Near the edge of the field to women were being pulled free of the bleachers to be set free into the sea of lights that was laid on the asphalt. As they ran away the lost their hats, still, for the rest of us, the loud booms were still ringing. That when I saw her, she was hiding behind a small black bin, she was shaking. I knew her, but I didn’t. She had round cheeks perfect for soft smiles which impressed upon the world the whispers of happiness. In her crouched position there were no such smiles, just sweat stuck hair to her face. Her teeth in a tight grimace.

Before I realized what, she was doing her legs were launching around the field, the gurgled growl and yell released from me, “NO! STAY!” I saw her leg lodge under someone writhing on the ground, I was gaining closure and just as I reached her huddled small body on the ground, I heard it. The sound of impact, glimpsing down to her back there was new blood spilled. I pressed my hand to her back hard to quell the bleed, but when I see my hands, they are that of man. Toned and thick with a ring wrapped around my left finger, I stopped to examine them, and she looks up at me.

There is no hole in her, no blood. I looked down at my chest to see the pouring.

It is this image which when I awake remains upon my eye’s life film. For each butterfly passing is enwrapped in the bright lights of the stage, each person's movements no look so desperate. The eyes I investigate a full of rich sadness buried somewhere deeper but the same as his wife on that field. I went in for my check-up, I entered the cold sterile arena and took my seat. Soon the white robes entered with their smiling faces, their joy for me to finally fully see the world that had been denied to me. He immediately went to my eyes, peering in with his small light. I saw the stage lights flickering, but then he dropped his light back into his pocket.
“Your stitches look good, Ms. Hirsch. Are you experiencing any pain?”
“A little, sometimes when I close my eyes to sleep at night I wake up in pain and sweats.”
“Where is the pain?” he asked plainly.
“In the back of my eyes and my chest.” He gave a slight chuckle as my mother did.
“Well, I can account for the eye pain by saying once the last stitch dissolves it shouldn’t be a problem. For your chest, I would say it is probably anxiety due to your new outlook on life.”
“What about troubling dreams?” He gave me a startled confused look.
“I dream I can see the last thing he saw from that shooting he came from.”
“But you don’t even know if your corneas did come from man or if he was in a shooting.”
“We live less than 10 miles away.” My mother put her hand on my knee and the doctor looked deeply at me.
“Honey scary things happen every day, our nation suffered a tremendous loss. That is what you're feeling nothing from your surgery. I assure you.”

The rest of my visit was rudimentary, then as were leaving my hand tucked into my mothers, I saw her. With her soft smiles face, gnarled in anger. Begging the nurse at the station to tell her something. As I passed, I smiled at her, my mother pulled me closer behind my leg. Still, the woman’s gaze held all the way to the car.
“Candice Heather, what have I told you about smiling at strangers especially angry ones!”

I kept quiet and drove off looking out the window as the blank beige soil past, overlaid was the same film I saw in my dreams, I saw her then just as she was. Her face was not full of smiles, it still looked she did behind that bin. As I have gotten older and entered my first year of high school, I wonder greatly about my eyes. The doctors say there is perfect now, a flawless match, despite my complaints that images remain impressed upon their surface. I wonder if there is still a little bit of him in there if he tries to make the colors brighter and the stories poetic to make up for the clarity of when I fade back into my darkness. I wonder above all if in the stories he tells me, who he is finding in the wind.