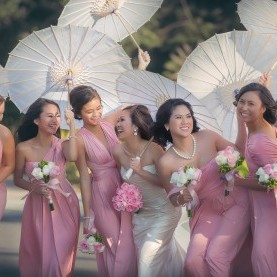 Lia, as usual has a 'new' NewYear Resolution in hand. As someone who is not exactly known for fulfilling 'resolutions', especially the healthy kind- would she be successful this year?

The kitchen floor resembled a battlefield, and in the middle of it my wife stood holding a stack of papers, furiously scribbling away.
“Lia, What are you doing up so early?” I asked, stifling a yawn.

“ I am sorting out the kitchen. Can’t you see?” She said, a bit miffed.

“I can see that. But why so early? And what’s wrong with the kitchen?”

“Because...Jay, my dear husband, I am going to remove all unhealthy food items from our kitchen. Sorting them into groups and deciding which ones to keep is a lot of work and it takes time.”

“Says the wife who ate three scoops of ice cream last night.” I said with a chuckle.

“That was my last dose of indulgence. From tomorrow it won't happen.”

“What does that mean? Are you going to participate in some makeover reality show?”

She barked out a laugh.

“ I create enough drama for myself. So I don’t need to be on TV.

“Really? What changed in the last eight hours?”

It has to be something big- for her to change the ‘eating’ ways.

“A phone call from my sister. That’s what happened. You know she is getting married in three months right?”

“Yes.” How can I not know that? She is marrying my brother.

“I couldn’t attend the dress fittings and apparently she ordered my dress two sizes smaller.’’
She said, with a sheepish grin.

“She hasn’t seen me in months and she just assumed that I still look the same. We used to share clothes all the time. So she just gave one of hers for measurement. “

“Can you get it altered?”

“Of course I can, as there is plenty of time still. On second thought, I decided to do something different. I am going to try and lose some weight before the wedding so I can fit into the dress my sister already ordered. Like a New Year's resolution.”
The way she kept on talking animatedly about her ‘new’ New Year’s resolution made her look like a child with a toy.
That also reminded me of her last New Year's resolution. On January 1 st, she woke up with a crazy idea in her head. She said she wants to participate in a running marathon, and on the same day itself she managed to find a coach to train her too. I was surprised at first because my wife usually hates doing any kind of sports activities. But I still encouraged her, partly due to my husbandly duties and partly out of curiosity. Well, she didn’t disappoint me. A week went by which was full of warm compresses and muscle relief spray. The week after that was even worse. She complained about everything- her coach was not inspiring her enough, the weather was making her sluggish, the noise around was not letting her focus and it went on. By the time February arrived, she had forgotten all about ever having a New Year's resolution like that.
“ I can hear the wheels turning in your head. What’s it?”
She asked, watching the thoughtful expression on my face.

“ No. I was thinking about what you just said. What are you going to do? Hope you are not going to do any extreme dieting.”

“ Of course not. I am not going to starve. What I have is a sensible idea. A healthy plan combined with exercise. Nothing too extreme.”

“Ok. That’s a good idea. But wait! What are you going to do with all the food you cannot eat now that you are going on a diet?”
I pointed towards the bags of chips, cookies and all the other snacks I can’t even name, lying all over the floor.
“ Don’t expect me to finish them all or I will have to find another suit for the wedding. Throw them please?”

I grinned at her and she narrowed her eyes at me.

“ You don’t have to eat them. And I hope you are joking about throwing them. I can give some away to neighbours and friends. But I wouldn’t want to overwhelm them with too many sugary snacks. I don't know what I will do with the rest.”

She said, her tone grim.
“ We can figure out something by tomorrow morning. Why don’t I lend you a hand?”

A few hours later, I stood with my wife in the almost empty kitchen, barring a single paper bag filled to the brim with the so-called ’unhealthy sugary’ snacks. She has managed to give away everything else, but still hasn’t decided what to do with the last bag.
I glanced at her curiously. She is busy typing on her phone, sipping herbal tea in between.

“What are you doing?”

“ I am updating my Facebook status. 10 hours until new year, new decade. Until a new me. How does it sound?’’
“ It sounds perfect. But why do you want to announce it on social media?”
“It’s called inspiring my dear husband! Just imagine people seeing my post and deciding to follow the same route.”
I smiled at the pride shining in her eyes.


Next day
“ Lia, don’t tell me you are eating the donuts from trash…”
“You know how much I hate to throw food... Just this last dose of indulgence baby…”