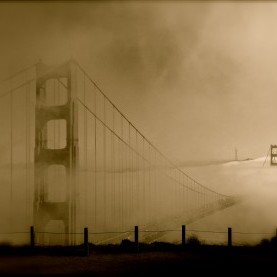 An account of a night where the inner turmoil finds a way out in the most inexplicable way.

I should’ve realized how the day would get when I broke the shoelace of my left shoe in the morning.

Or when I forgot the car keys inside the car.

Or, when the judge, on grounds of two counts for adultery, one for mental harassment and one for domestic abuse, granted my ex-wife the bungalow and the summerhouse.
Those should have been the signs that this day would end as anything but ordinary.

Even my ever-faithful Jack was proving to be highly inefficient. With half the bottle empty (or half full; at this point, I was way beyond bother), the dull throbbing in my head matched the rhythm of this hell of a thunderstorm. This constantly twisting and turning road wasn’t helping either. It was like a giant ink-black snake trying to slither its way to the top of the mountain.

Earlier that day, my attorney had given me the filthiest look one could manage while being on the subject’s payroll. With a 3-day stubble, and not one of those sexier ones you find outside a modelling agency office, I certainly looked less than presentable. Add to that a once-expensive black suit that looked like it had been slept in and leather shoes (with a missing shoelace) that had successfully avoided a clean cloth for some time now, and it was no wonder the jury did not reconcile me with the ‘hard-working, honest family man’ that my attorney had been spouting about for the past six months.

The thunderstorm was threatening to reach its howling best. The pouring rain had reduced visibility on the road to almost nothing. There were just two narrow, bouncing headlights moving blindly over the unending snake.

Just as one of my windshield wipers stopped working, I spotted him for the first time.

What I saw in my rearview were two highly distorted pricks of light piercing the darkness I was leaving behind. Judging by the bouncing quality of light, John Doe seemed to be in even more hurry than I was. Though I should have felt better having another person to share the menacing night and my death-wish with my brain (whatever part was still functioning. Jack was making its presence felt now.) had already classified him as the intruder on my territory of the night.

The mountain was mine; the snake was mine.

The intruder had already reached me by the time I got my windshield wiper to work again. I could see his car more clearly now. It was very similar, if not exactly same, to my car. The color was perhaps black to my ‘more sophisticated’ midnight blue. The car looked in need of a visit to a workshop. Both the windshield wipers were completely inert. It was a wonder this idiot had managed to drive so far at this speed. I was almost marveling at his driving skills when he started honking.

At first, it was just a single short honk. Harmless enough. But soon, he switched to the type of horn you hear when the driver drops dead in the seat. The incessant honk, coupled with the near-deafening thunderclaps and rain that seeps to the bones, was driving me to the edge. It was like all the day had to offer, night had stuffed in a bag, shaken vigorously, and thrown at my face. That’s when I decided: This idiot is not getting past tonight. You had the day; the night is mine. I steered a little to the left and then as soon as he sped up to overtake, slid right in front of him. As expected, his horn became even more expressive, if that was possible. A squelch of a laugh erupted from my mouth, even though I would have had trouble pointing out the joke.

His tailgating got even more aggressive. He began to come up right close to my car and then back off, even lightly scraping my car once. It felt like somebody was poking me from a deep slumber. I think I heard something snap inside me.

The gloves were off. Apparently, adrenalin and alcohol are not so good for your temper.

He was extremely competitive, that I can tell you about him. Neither of us yielded an inch. The sound of screeching added to the night of thunder. We both knew we were at the end of our patience and luck. The question was- Who would run out of it first. Every time he decided on a direction, I would anticipate. It was as if we were getting our orders from the same master. A passerby would have thought we were a part of the president’s convoy. Given the condition of his car, it was remarkable how he kept perfect pace with me.
And just when the battle was moving towards a certain stalemate, the events o the night took an unexpected turn, much like this road that was our battleground.

We were heading towards a rather precarious bend to the left in the road ahead. This was especially tricky as it was just tempting enough to seduce my tailgater to attempt an overtaking maneuver. Determined not to let him pass, I had my eye firmly on the rearview mirror when suddenly my unreliable windshield wipers gave way. They just dropped dead, as if a sniper had shot them. That distraction of a second was all that my tailgater needed to take his chance. He swiftly swerved to my right and accelerated. Even before I heard the screeching of his tires and the protest of the engine against the acceleration, I knew the battle was over. As his car drew abreast, the weight of the day finally proved too unbearable. With a ferocious cry not unlike a wounded predator, I jerked my wheel with all my strength to my right.

As he passed me, I hit his car’s swiftly receding boot. The car swerved a little and my adversary countered the steering wheel to negate the impact. For a second, it looked as if he would get it under control and my mistakes of the day would end there. But with a sudden twitch, the car swerved wildly to one side and flipped. The whole event looked like a fascinatingly macabre performance. With three flips, the car came to a screeching halt, resting on its hood. To me, it suddenly felt like someone had turned the volume down to absolute zero. I was uncomfortably very aware of my breathing. My first reaction was to gun my engine and speed away. It was hard to imagine a human body surviving the impact of this magnitude. But as relatively saner thoughts returned, a morbid curiosity of taking one last look at this intruder took hold of me. I did not turn off my engine. Leaving my jacket on the seat, I stepped out in the rain, as if spellbound by the dance of death I had just witnessed. As soon as I stepped out, the volume was turned up.

The rain had been worse than I thought. By the time I took the fifth step, every inch of my body had been breached. My shoes squelched in the rain. Tire marks, after a few twists, disappeared in the darkness. Tar had been chipped off from the road where the car had hit it. There was an acrid smell of burning rubber. The road was still recovering from what it had witnessed; the conspicuous steam rose from the assault of the tires. What had started as just another bleak day in a progressively bleaker looking life was inching towards the end with this journey. The strangest thing about this strange journey is that it began with a word. I had woken up with a start today when someone had whispered ‘guilty’ in my ear. As I struggled to gather my bearings to meet the challenges that only a morning of hangover can device, I had almost convinced myself that it was part of some weird dream I was having given my impending divorce trial. But they don’t pronounce you ‘guilty’ at a divorce hearing, do they? I mean there were a couple of bruises over the years and this one time I had to take her to the emergency, but surely my conscience wasn’t suddenly uncomfortable with my certain dark moments. I thought we had made peace years ago.
I slowly made my way to the car. Up close, the car looked more midnight blue than black. Given the wreckage all around me, it was impossible to be sure either way. I could not spot my tailgater. I reached the car and peeled off the door. Door stubbornly stuck for a moment, but then gave way. Eager flames snapped at the rear end of the car. Veiled by the smoke, I pulled the bastard out of the car. I looked into the face that must have mirrored my own incredulity.

Looking back at me with open disbelief was my face.