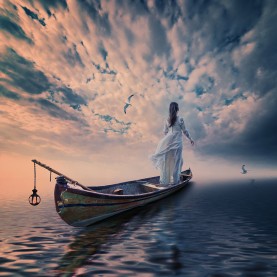 Nadee and Ganga were cousins who grew uptogether. After Highschool Nadee goes abroad for higher studies. Story starts with her return and unravels what she had been going through. Ganga understands that experience can change a person and they could never be the same.